Prince Harry visited Mandela’s cell on the island during a 2015 trip to South Africa. 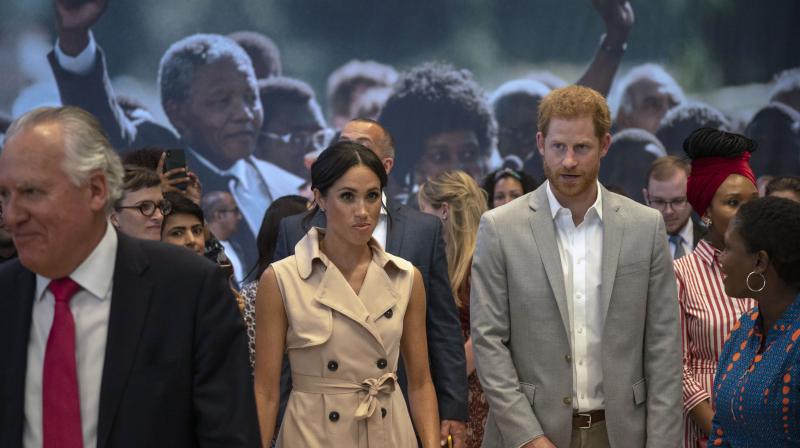 The Duke and Duchess of Sussex met friends and family of the anti-apartheid campaigner who died in 2013, including his grand-daughter Zamaswazi Dlamini-Mandela.

Prince Harry visited Mandela’s cell on the island during a 2015 trip to South Africa.

The exhibition has been shown in various forms around the world, including six weeks at the Paris Town Hall in 2013.

Sello Hatang, CEO of the Nelson Mandela Foundation, said: “London was both South Africa’s colonial metropole and the headquarters of the international anti-apartheid struggle. It was also the venue for some of Nelson Mandela’s most inspiring speeches.”

Harry and Meghan married two months ago at Windsor Castle, Queen Elizabeth’s home to the west of London, in a show of British royal pomp and ceremony watched by millions of television viewers across the world.

The exhibition at London’s Southbank Centre is free to the public and runs until Aug. 19.