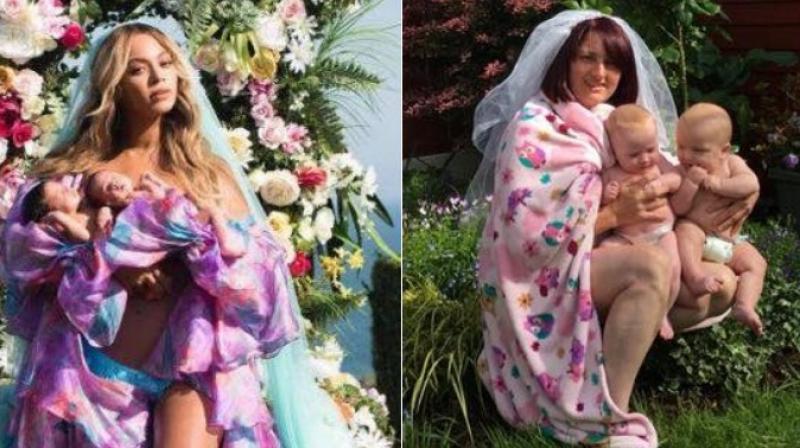 Beyonce made headlines when she shared a photo on Instagram of twins Rumi and Sir Carter.

But another new mom is giving Queen B competition in the viral department after she recreated the look with her five-month-old-twins.

Sharon Kellaway, from Kilworth shared the hilarious spoof with twins Senan and Zoe on Facebook and thousands cannot get over it.

While much has been made about the 'Formation' singer's meaning behind the picture, Kellaway told the BBC she threw a pink blanket on herself for her's.

Kellaway also revealed she sent the picture to her husband and a friend as a joke. After her friend urged her to share it on social media, Kellaway made international news seconds after posting it.