The gravity of death

In Jyoti Dogra’s latest play, the connection between human condition and astrophysics gets unravelled. 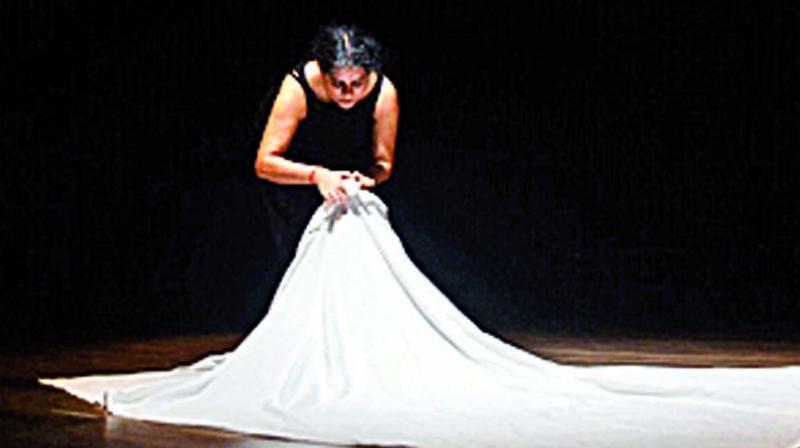 A home-grown theatre artist, Jyoti Dogra, is on a mission to unravel a rather personal and philosophical engagement that the humans have with one of the most fascinating aspects of the cosmos through her play The Black Hole.

The contributions of Albert Einstein, Stephen Hawking and the countless other astrophysicists and scientists towards unshrouding the mystery of black holes have been etched into our collective understanding of the outer space. However, a home-grown theatre artist, Jyoti Dogra, is on a mission to unravel a rather personal and philosophical engagement that the humans have with one of the most fascinating aspects of the cosmos through her play The Black Hole.

The 90-minute solo-play, which is all set to be performed today and tomorrow at the Prithvi Theatre, taps into the intriguing connection that we – as human beings – feel with larger-than-life universe. “The Black Hole is an attempt to connect the experience of living in the world and at the same time, with the larger universe. Sometimes, you connect with it when you look up to the stars or when you feel something very profound in your life like love or loss. These experiences give you a huge sense of your being. The connecting of the enormity of such experiences to that of the universe itself, is the attempt of the piece,” reveals Jyoti about the play, which was debuted in Odd Bird Theatre in Delhi last December.

Written and performed in a non-linear abstract fashion, the play hinges on a narrative of a terminally ill woman, who in order to distract herself from her inevitable conclusion, decides to talk about black holes with her two family members. So even though, scientifically, the gravitational singularity may be at the centre of the black holes, these characters through their conversations, attempt to understand the philosophical gravity of the singularity of their existence. Talking about stitching this parallel, Jyoti explains the characters, saying, “They don’t want to talk about the everyday world which constantly reminds them of time. She’s getting closer and closer to the end of her time. So they are talking about something timeless, eternal, which is scientific actually. There is a sense of timelessness, eternity in the universe. There is a sense of large connection that we make with the universe. And while it starts as a conversation, as it concludes, they start looking at the connection between these completely different things which are actually not that different.” 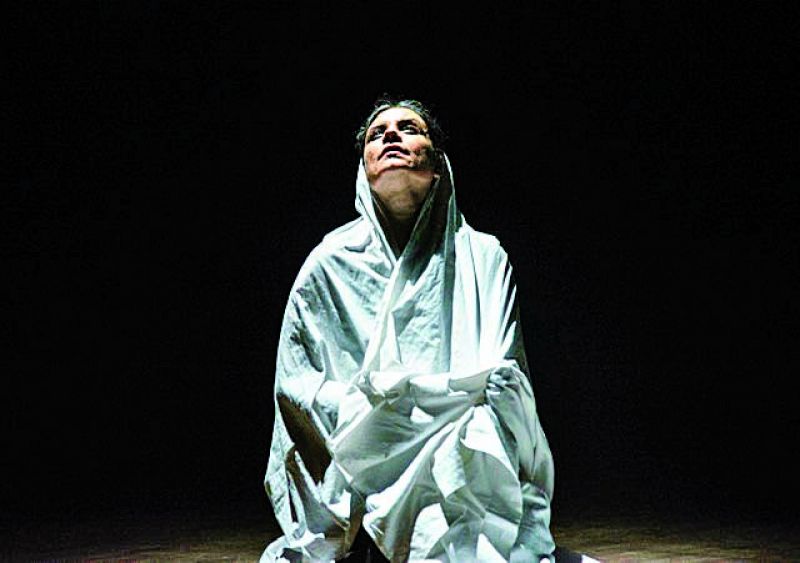 Another connection that becomes apparent in the play lies in the ultimate mystery of what lies beyond death and black holes. Many cultures and religions define death as a beginning of another unknown journey; similarly what journey a thing ensues inside a black hole remains unknown. “When you enter the black hole, you disappear inside it. So where do you go? Similarly, in many religious practices, when you die, you go somewhere. You take on a journey. Your physical body vanishes, but for people, in a lot of spiritual conversations, you travel somewhere, which is larger than this body. The idea is to travel to a greater mystery,” explains Jyoti.

Using a single white sheet, the role of which fluctuates between a prop, a co-actor, and sometimes even an embodiment of metaphor, Jyoti is a one-man army on the stage. Her approach to performance is influenced by the Polish theatre director Jerzy Grotowski. “His works lay a lot of stress on the body. The body has the material for the work, by that you need not necessarily mean movements, but just the mere presence, the physicality of it,” she says. Further, the play, which is essentially an amalgamation of scientific and existential queries has been staged in the institutes like International Centre for Theoretical Sciences, Bangalore, and Astrophysics department, Delhi University, in addition to the small towns like Salon, Bareilly, Palanpur among others. Even though, the scientific, non-scientific urban and non-scientific small town crowds have formed the audience for the play, Jyoti reveals that their responses to the play have been almost similar. “At the end, the play is about the human condition. And the group responded to the human condition because death is something that everyone has experienced, or has a sense of it; the idea of loss, love, and relationship is very universal,” she concludes.

The Black Hole will be performed today and tomorrow at Prithvi Theatre at 6pm and 9pm.