Did you know that certain cosmetics can prove hazardous for kids?

Children in contact with cosmetics suffer from deadly injury: Study. 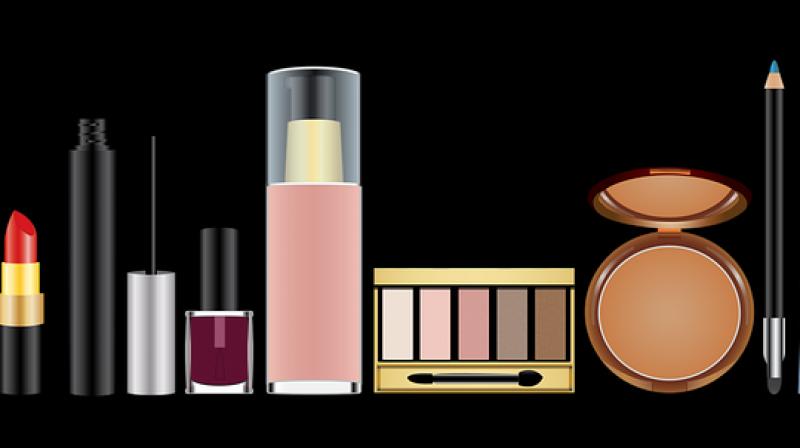 The study also looks out for better strategies and preventive measures that can be adopted to prevent such injuries to children. (Photo: Representational/Pixabay)

Washington: Though cosmetic products might improve our daily appearance but do you know that the use of the products can prove hazardous for kids? A recent study highlights how young children who get in contact with certain cosmetics, suffer from deadly injury.

The study published on Monday in the journal 'Clinical Pediatrics' states that more than 64,000 kids in the United States younger than 5 years old had a cosmetic-related injury between 2002 and 2016.

Researchers studied various factors that affect the health of children younger than 5 years and who were treated in US emergency departments. The factors include the type of product, route of exposure, location of the injury and many more, reported by CNN.

According to the stats presented by the National Poison Data System, it has been found that from 1999 through 2015, several children lost their lives due to cosmetic injury.

Rebecca McAdams, lead author of the study explained, "Although a cosmetic product may not be harmful when used according to the directions, it is important for parents and caregivers to know that a young child could be seriously injured by these products."

The researchers had categorised several cosmetic products into five groups, based on how they are used: nail care, hair care, skin care, fragrance and other, which also included deodorants and make-up products.

The study also found that young children had a higher risk of adapting injury which could lead to hospitalisation. The average injury rate in children who are less than 2 years is two times higher than children between the ages of 2 and 4.

The researchers believe that the development of any child is responsible for the injury. As a child starts crawling, he/she adopts the tendencies of grabbing things and putting them in the mouth which increases the risks of cosmetic injury.

"These new abilities and the natural curiosity that accompanies them, coupled with a lack of previous experience in discriminating between harmful and neutral or pleasant stimuli ... can help explain the researcher said. The study also looks out for better strategies and preventive measures that can be adopted to prevent such injuries to children.

Dr Emily MacNeill, a pediatric emergency medicine doctor said, "People don't childproof their homes, which I say without judgment because my toddlers have gotten into numerous dangerous items and I do this for a living."

The study had to face certain limitations, including the fact that the data which was required to conduct the study came from US emergency departments and did not include the cases which were cured at home or under clinical care.

The conclusion of the study did not show any significant increase in cosmetic-related injuries, but it created an alarm and raised concerns that people shouldn't "underestimate the danger of certain products, hair products specifically," MacNeill said.