The powerful accelerator, which began operating in 2010, smashes high-energy protons into each other at velocities near the speed of light. 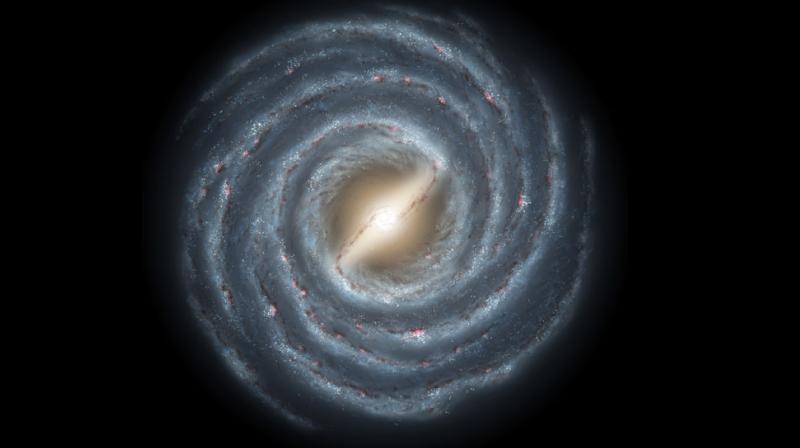 In 2012, the LHC was used to prove the existence of the Higgs Boson -- also dubbed the God particle. (Photo: NASA)

A major upgrade began Friday for the world's most powerful proton smasher to increase the number of particle collisions inside the Large Hadron Collider and help further explore the fundamental building blocks of the universe.

The work involves heavy civil engineering at the LHC's two main sites in Switzerland and France which are run by Europe's physics lab CERN, that will allow it to operate in a high-luminosity mode from 2026.

"By 2026, this major upgrade will have considerably improved the performance of the LHC, by increasing the number of collisions in the large experiments and thus boosting the probability of the discovery of new physics phenomena," CERN said.

The aim is increase tenfold the amount of data which can be picked up by the LHC, which is housed in a 27-kilometre (17-mile) ring-shaped tunnel buried more than 100 metres underground that runs beneath the border of Switzerland and France.

The powerful accelerator, which began operating in 2010, smashes high-energy protons into each other at velocities near the speed of light.

These collisions generate new particles, giving physicists an unprecedented look at the laws of nature in the hope of better understanding particles and matter.

Until now, the LHC has been able to generate nearly a billion collisions per second but the so-called high-luminosity upgrade will allow it to increase the collision rate, thereby allowing for the accumulation of 10 times more data between 2026 and 2036.

"The High-Luminosity LHC will extend the LHC's reach beyond its initial mission, bringing new opportunities for discovery, measuring the properties of particles such as the Higgs Boson with greater precision, and exploring the fundamental constituents of the universe ever more profoundly," said CERN Director-General Fabiola Gianotti.

In 2012, the LHC was used to prove the existence of the Higgs Boson -- also dubbed the God particle -- which has allowed scientists to make great progress in understanding how particles acquire mass.

A year later, two of the scientists who had theorised the particle's existence nearly five decades earlier, won the Nobel physics prize for its discovery.

In the works since 2011, the upgrade will allow the LHC to start producing data in high-luminosity mode from 2026.

The project will involve the replacement of high-tech components along 1.2 kilometres of the machine, such as magnets, collimators and radiofrequency cavities.

It will also see the construction of new buildings, shafts, caverns and underground galleries, as well as tunnels and halls to house the new cryogenic equipment, as well as power supplies and cooling and ventilation kit.