MJ5, which was recently bestowed the Dadasaheb Phalke Award, has gained popularity for its Michael Jackson-inspired dance routines. 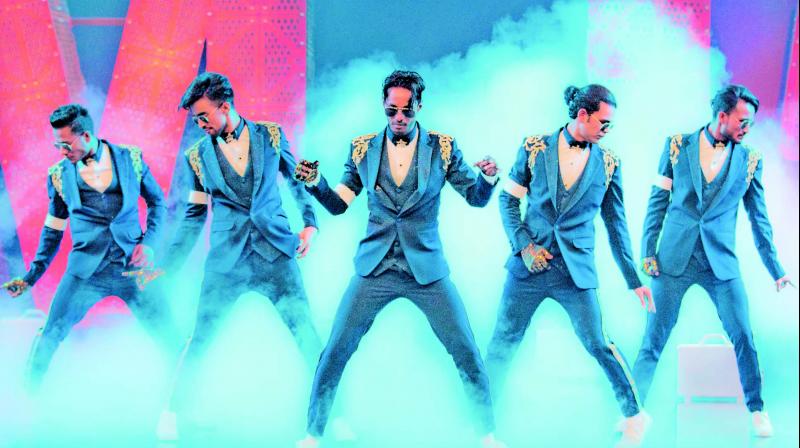 “Many dancers do not know the technical aspects of the form, they just copy things from the West”

Popularly known as MJ5, this group of five dancers is creating rhythmic waves across the country and abroad with its performances. Although the members of the troupe hail from Delhi, the movers made Mumbai their new home after winning the Dancing Superstar trophy in 2013. As is evident from the group’s name, the members are huge fans of the ‘King of Pop’ — Michael Jackson —and idolise his dance moves. They draw inspiration from his distinctive style and incorporate many of his moves into their performances. Thanks to their stellar Michael Jackson-inspired performance at the Dadasaheb Phalke Awards this year, the Bollywood has sat up to take notice of them.

Talking about the popularity of the group, Dennis Anthony, one of the members of MJ5, says that there is no overnight route to success. “It’s been almost five years since we started performing on big platforms, and now the city has started accepting us. We have started getting a lot of appreciation from the industry and recently, we even took home the Dadasaheb Phalke Excellence Award,” says Dennis. It was a grand moment for the group, as the dancer says, “There were big stars of the industry at the ceremony and we received the award after our performance, which was applauded by everyone.”

The inception of the group happened a long time ago, when the dancers were still in college. “We were in the same college in Delhi and our group was called Kartik’s. Kartik is the one who heads this group,” recalls Dennis.

But, the group got its big break after featuring on the dance reality show. “These shows give you enough recognition but do not guarantee your survival in the dance industry. One has to work hard and stay up to date if one wants to remain in the limelight,” says Dennis. When quizzed about the group’s survival strategy, the 26-year-old says, “We have our own style, which is called isolation and is a form of popping. Animation is another unique style of ours and we perform these moves to Bollywood songs. The trick is to keep every performance as unique as possible.” The group has also come up with 26 versions of the moonwalk, all inspired by MJ’s original version.

When asked about the audiences’ response to their largely Western-inspired dance style, the die-hard dancer says, “It’s all about entertainment. You have to give something novel to the audience and it is always appreciated.”

“Many dancers do not know the technical aspects of the form, they just copy things from the West. Very few are inspired by the form and try to create something new,” he adds.

However, the group does draw inspiration from Bollywood stars too. When asked about his favourite dancers from the industry, the moonwalker promptly names Varun Dhawan and Nora Fatehi. He also confesses to admiring Prabhu Deva’s style. “Both the actors have the best bodies and moves, and Prabhu Deva has a unique style and individuality. I want to choreograph