Life   More Features  18 May 2018  Here are few famous stories of setbacks during royal weddings over the years
Life, More Features

Getting the wedding dress wrong can be the most traumatising memory of the special day. 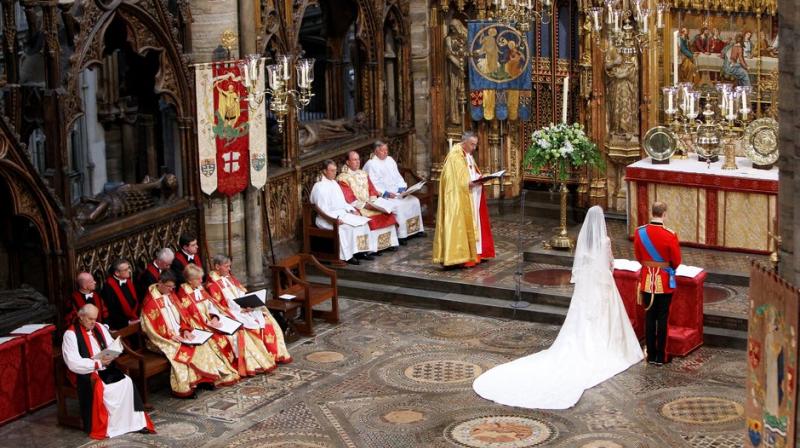 Marie Antoinette of France had to walk down the aisle with some of her underwear exposed (Photo: AFP)

Britain’s royal wedding has been in the news for quite sometime as it has also been surrounded by controversy. While the news of Meghan Markle’s father not attending the wedding may have caused her stress, this isn’t the first royal event to run into trouble.

It has been seen in the past that even the likes of the Duchess of Cambridge and the Queen have faced serious problems on their big day. Prince Harry’s late mother Princess Diana faced a setback when she referred to her husband as ‘Prince Charles Arthur George’ instead of ‘Charles Phillip’.

Meanwhile Charles mixed up his vows and offered to give Diana ‘thy goods’ instead of ‘worldly goods’. At the same wedding a bridesmaid tripped and started crying as Princess Diana comforted her.

Weddings can be nerve wrecking and way back in 1763 the pressure made Augusta of Saxe-Gotha violently sick as she walked down the aisle.

As for Margaret’s wedding, the best man Jeremy Fry was forced to step down when it was discovered that he was arrested for a minor homosexual offence in 1952, 15 years before being gay was legal in Britain.

Getting the wedding dress wrong can be the most traumatising memory of the special day. Unfortunately for Marie Antoinette of France, her wedding dress was too small and revealed a bit of her corsetry and chemise as she walked down the aisle.

Harry’s brother William was a very sleepy groom as he stayed up all night due to cheering crowds and nerves before the wedding. There was also chaos caused by a horse which threw his rider off and ran past the royals although no one was hurt.

Queen Elizabeth herself almost faced embarrassment as a hairdresser broke her tiara. It was then rushed to the jewellers to be fixed and was brought back just in time for the ceremony.