The museum has a collection of paintings on Indian ragas but not many people understand its significance. 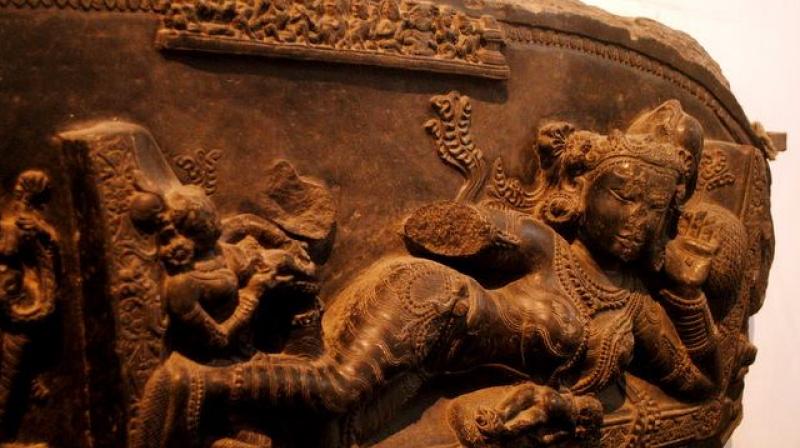 The museum has a collection of paintings on Indian ragas but not many people understand its significance. (Photo: Soumyabrata Gupta)

The Indian Museum here will organise a “live art” dance programme besides project visuals on large screens to help people connect with the artefacts on display to commemorate the ‘International Museum Day’ today, a top museum official said.

Guides will be deployed, kiosks will be put up and visuals will be screened on large screens at the museum to help the visitors understand the context of the artefacts on display, Director of Indian Museum Kolkata Rajesh Purohit said.

There are 1.8 lakh artefacts – including stone tools, textiles, icons – other than botanical and mammal species which will take the total number of exhibits at the museum to 2.5-3 lakhs, he said in reply to a question.

“We will also start our branding through a new calligraphic design with the name of the museum which will denote its rich association with our heritage on the same day,” the director said.

The museum will also celebrate the day with free entry to all.

Purohit said there will be a “live art” dance performance in the evening.

“Since our plan remains how to engage the audience, we are introducing programmes called live arts,” he said.

Elaborating further, he said the museum has a collection of paintings on Indian ragas but not many people understand its significance.

“So we organised a ‘Melody in paintings’ event where every notation based on the raga was performed by musicians alongside the painting to make visitors understand the raga in a better way,” he said.

Such “live art” shows create greater impact on the people, he said.

This will be part of this year’s theme ‘Museums and Hyper Communication – New Approaches and New Public’ as decided by The International Council of Museums, of which India is one of the active members, he said.

“We are happy as children will have access to the new galleries with museums playing a signifcant role in non-formal education,” he said.

Hoping that the galleries will attract new visitors to the museum, the director said, “We used to have people passing through Chowringhee Road and passenger tourists who use Kolkata as stop-over during transit as museum visitors.

“What about the rest of the population of Kolkata? We want the local population.”