Ben Brown later tweeted that it was unintentional and he was only trying to minimise disruption. 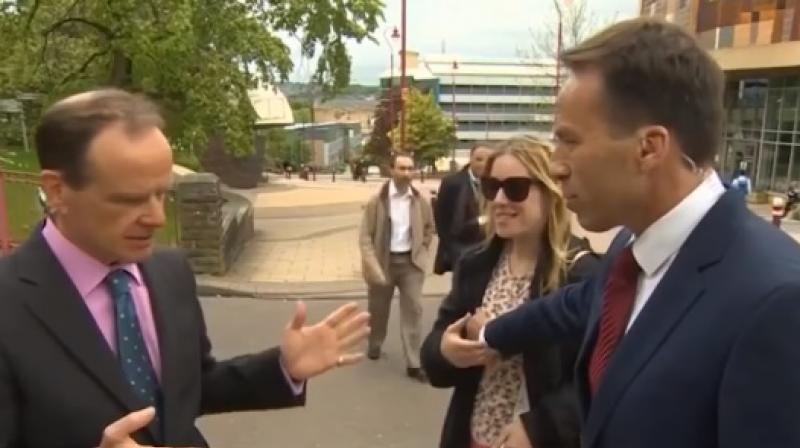 The news is filled with stories ranging from those that make an impact to those which are outright bizarre on a daily basis, and while reporters get these stories to our tv screens, sometimes they become the news. In several cases hilarious videos of reporters in awkward situations have gone viral, and one correspondent in the US was even shot on live tv.

The reporter who is being talked about on the internet now is Ben Brown of BBC, who can be seen conducting an interview when a woman walks in the frame and gives a thumbs up at the camera. Brown tries to steer her to a side and in the process ends up touching her breasts.

The woman is shocked and angry as she walks away from the camera but slaps Brown on the hand before leaving. Brown on the other hand is indifferent to what just happened around him and continues with the interview.

When  the incident was later brought to his notice brown tweeted saying that he was only avoiding disruption on camera and what happened was unintentional.