The Vivek Sahni-side of Kama Ayurveda

His desi brand has transformed the way this science is viewed in India. 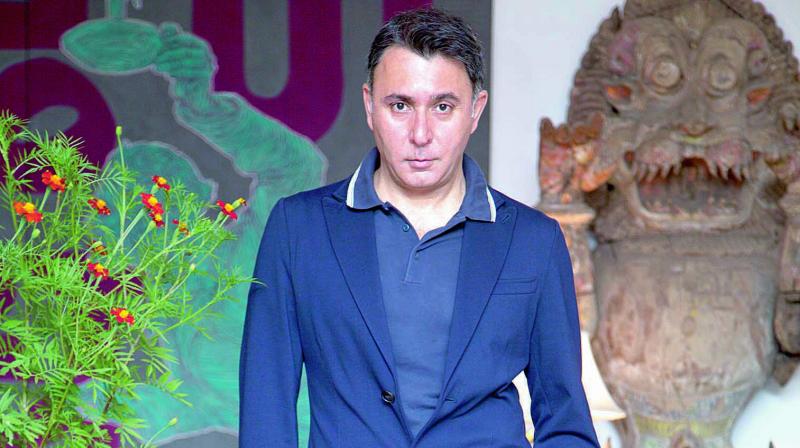 Meet Vivek Sahni, whose brand Kama Ayurveda, has been instrumental in making all of us, especially ladies, feel beautiful inside, out. Years ago, when it was almost impossible to fathom the idea that ancient Ayurveda would someday become hugely popular as well as fashionable in India, Vivek went ahead and created an entire brand that solely revolved around Ayurveda.

This Parsons School of Design, US, graduate used his design communication expertise to turn Ayurveda over its head and make it glamorous. “The idea of launching a brand based on Ayurveda came to me after working for two years on an interesting project with the government for Khadi and Village Industries Commission where I was asked to design gift packaging for the Khadi Village Industries. And it ended up becoming a two-year project wherein I created a range of products, protocols, worked with manufacturers, and helped train people to source the best products. The project was a remarkable success,” he shares.

From the experience that he acquired, Sahni had a Eureka moment which drove him to establish his own line of Ayurvedic and beauty products launched it with three other partners — Dave Chang, sugar baroness Rajshree Pathy and interior designer Vikram Goyal of Viya Home in 2002.

His idea was clear cut: “I wanted something that was traditionally Indian and that actually worked. We have been sitting on this incredible science called Ayurveda and it’s sad that only in India it is not viewed as a science.”

But even before this brand, Vivek had established his own design company in 1993. Known for his chic and non-fussy design sensibility, Vivek’s designs have surfaced in the logo that appears at the Mehrangarh Museum Shop in Jodhpur. Since the time he had started out, Sahni had garnered quite a fan following – including the likes of fashion gurus Tarun Tahiliani, Malini Ramani and Rohit Bal as well as top hotels like The Imperial in Delhi.

Talking about art and designs that have caught his eye over the years he points out that he loves Thomas Heatherwick’s London Bus, art deco glass by Daum from the 1930s, mobiles by Asif Khan for Danese Milano. Other than that, he loves all sorts of Indian art, especially tribal.

Sahni is a globetrotter who loves to soak in the ethos and vibrancy of the destination. His recent visit was the culturally rich Japan. The co-founder of a flourishing empire is also a self-confessed “mountain person”. He smiles, “We spent every summer in the hills when I was growing up, and I went on my first Himalayan Trek when I was 12 and have been addicted to the mountains ever since. I trek a lot even now. I love being outside and closer to nature. I was always taught to respect our Mother Nature.” He also loves photography and indulging in food, saying, “I take pictures of objects and landscapes, and of interesting juxtapositions of the two. I love to crop images and try to transform something mundane into something unusual or wonderful. I also love food and am constantly trying out new things.”

However, at the same time, the man is a strong believer in taking at least an hour’s time for one’s health and fitness. Ashtanga Yoga in the morning for an hour or so, keeps him going. “I believe everyone should take out time to rejuvenate. My morning workout gives me the balance of mind, body, and soul.”

Lastly, as a message to budding entrepreneurs, he says, “You have to believe in what you do. You shouldn’t just do it to earn quick bucks, that’ll come and go. You’ve to build a story around your belief and then go ahead strongly, and that’s the only way it can work.”