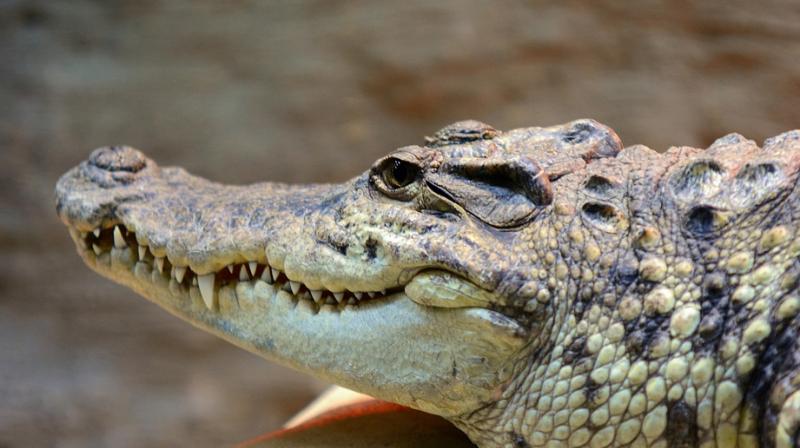 There have been many crocodiles spotted entering villages because of the lack of water in the lakes in Karnataka. (Photo: Pixabay)

It is unusual to find animals in temples because it is filled with people all the times and animals tend to avoid public spaces. However, recently villagers were surprised when the temple priests called them to help take a crocodile out of the holy place in Karnataka because obviously it was an unexpected visitor.

According to a media report, the temple in Bagalkot in north Karnataka had the unusual visitor because the village has been facing a drought from the past two years which has led to lower water levels. The temple priests called the villagers to guide the 12-foot crocodile out of the precinct with the help of a rope used like a lasso to hold onto the teeth. The villagers than took the animal to a safe distance and tied it while trying to keep it in control. The authorities later released the animal back into the wild.

There have been many crocodiles spotted entering villages because of the lack of water in the lakes in Karnataka. While earlier this month one rescue attempt failed, this one was successfully carried out by authorities.