Jesus is 'alien' from Venus, landed spaceship on mountain in Britain, claims cult

The Aetherius Society founder claimed that he met Jesus Christ at Holdstone Down mountain in 1958. 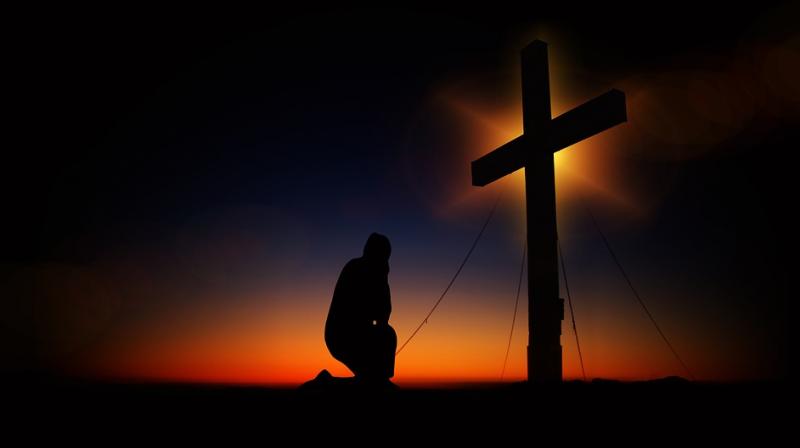 King claimed he was told by “inter-planetary sources” the mountain was holy and added two decades after his death, the annual pilgrimage continues. (Photo: Pixabay)

In a shocking revelation, an international spiritual organisation The Aetherius Society that describes itself as a “growing religion with a global following” now says that Jesus was an alien.

According to a report published in The Daily Star, the group is planning a “cosmic mission” to “holy mountain” Holdstone Down in north Devon, where founder George King apparently came face to face with Christ in 1958.

According to members, King, who died in 1997, claims he heard a voice appointing him as an “earthly representative” of an “interplanetary parliament” in the 1950s.

“Operation Prayer Power,” the pilgrimage to the mountain will take place on Saturday, July 28 and according to the group’s website, the mission will see “spiritual power invoked through prayer and mantra and directed into a specially designed physical container for later release”.

The report goes on to add, according to an early documentary King had said: “Dimly out of the corner of my eye I saw something in the sky. Then I saw a being which kind of appeared before me – I didn’t see him walk up to me, I opened my eyes and he was there."

The documentary further elaborates that King said that He was very tall, dressed in a long robe, had long brownish hair and there was a lot of radiance around him.

King then goes on to make the claim that even though He did not tell him, King knew he was Jesus and he had come from the planet Venus.

King attributed it to “some sort of telepathic impression” that he picked up.

King claimed he was told by “inter-planetary sources” the mountain was holy and added two decades after his death, the annual pilgrimage continues.

The group claims Holdstone Down is just one of several holy mountains, with another also located in Devon as Yes Tor, near Okehampton.

Other spiritual mountains are thought to include Castle Peak in the Rocky Mountains in Colorado, Mount Ramshead in New South Wales, Australia, Kilimanjaro in Tanzania and Le Nid d'Aigle near Les Houches in France.

The group claims its philosophy and teachings come from “highly advanced intelligence” from Mars, Jupiter, Saturn and Venus.