Thrilling video of elephants battling crocodile to save baby

A battle ensued after the baby elephant was caught by the trunk. 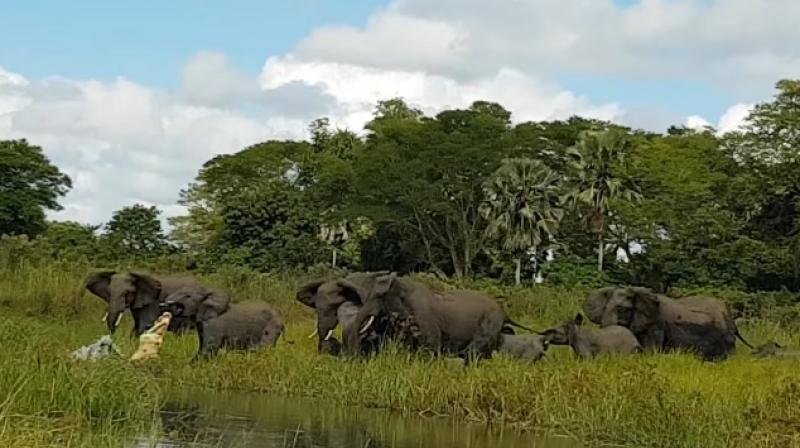 The video has been viewed by lakhs (Photo: YouTube)

Life in the wild can be filled with daily struggles and dangerous predators at each step, and for a baby elephant things can go wrong quickly. But families are always there to step in for each other, be it among humans or animals in the wild.

A viral video shows a herb of elephants coming under attack from a crocodile which grabs the trunk of a baby elephant between its jaws. As the young one struggles to escape the terrifying reptile, the family steps in and saves the elephant after a battle.

The video has been doing the rounds on the internet as lakhs of people have viewed it in a matter of days. Other similar showdowns in the wild have been astonishing netizens recently.