Moved by the plight of patients’ families outside hospitals, Khushroo Poacha started Seva Kitchen and several other initiatives to help those in need. 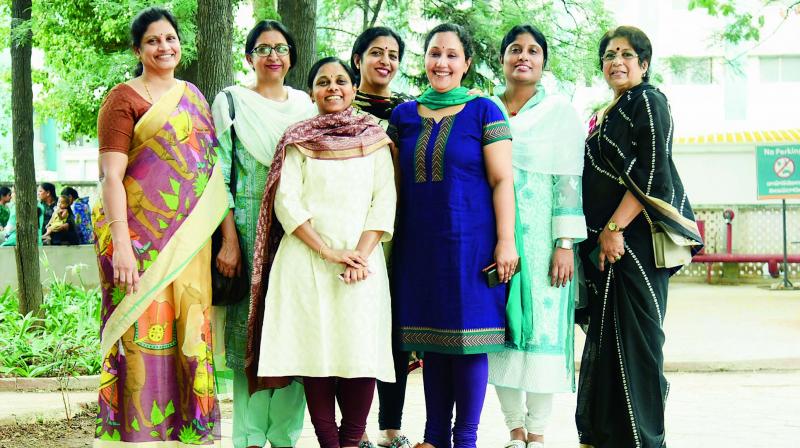 For relatives of patients who cannot afford to stay in a hotel, the pavement becomes a makeshift lodge with cooking taking place over brick kilns. It’s not a rare sight in India, and one such incident touched Khushroo Poacha.

In 2014, he was waiting outside a hospital where his mother was being treated when he spotted an old woman cooking rotis over a makeshift brick stove for her family. “I shared the incident with my mother; she paused for a minute and said, ‘why don’t you start feeding them?’” he says. That’s how Seva Kitchen — a crowd-sourced platform for relatives and caretakers of patients admitted to city hospitals was born in Nagpur.

Eventually, Khushroo and his team expanded their work, with people pouring in to support them. “Within a few months, we were giving food at four hospitals in Nagpur and soon many more people came forward to join hands,” he says.

An employee of the Indian Railways, Khushroo’s endeavour has now spread across eight cities — including Hyderabad, Bengaluru, Delhi and Ahmedabad.

The Hyderabad chapter, currently operating at Apollo General Hospital is headed by Shaila Chavaly, and has been doing wonders for the past year. “One day when I was browsing the web, I came across Khushroo’s work. I contacted him and a few days later, I was heading a team from the city,” she says.

Another volunteer, Santhi Myneni, says, “Even though I am a homemaker, I always wanted to do something for the society and Seva Kitchen is the best platform to do that. We cook anything that is simple to cook and serve.”

However, Seva Kitchen’s work in Hyderabad hasn’t always been smooth. “We had started off with other hospitals, but after some days, the hospital authorities stopped us from giving the food,” says Preety Sarna, a volunteer who spearheads Neki Ka Pitara, another initiative by Seva Kitchen, where they distribute food and drinks to children suffering from cancer at the MNJ Institute of Oncology and Regional Cancer Centre.

“We want more dedicated volunteers to join us as we intend to serve more people around the country. The hospitals should also allow us to serve food at their premises,” says Shaila.