How Madhulika S. Choudhary revived the Neknampur Lake to a biodiversity-rich, pollution-free zone. 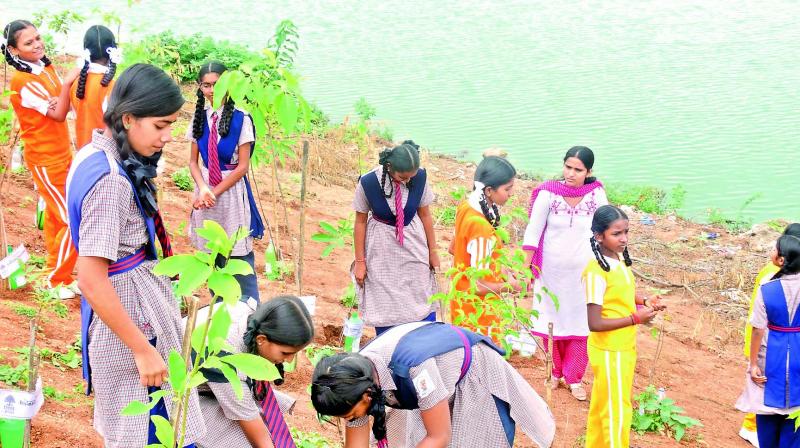 If you had happened to walk by the Neknampur Lake nine months ago, you would have tip-toed around sewage, plastic waste, debris, used liquor bottles and dump yard despite the vast expanse of water. But today, the 400-plus-year-old lake is all gleaming with positivity, surrounded by over 3,000 newly-planted trees, migratory birds and a number of reptiles, birds, and butterflies. Thanks to Madhulika S. Choudhary, a nature lover and a former professor.

Talking about what drove her towards the cause, Madhulika says, “It is close to my house. When I saw it for the first time, I was dejected. I realised that it is a heritage lake and the only one in the vicinity of Golconda Fort, Taramati Bardari, Premamati Mosque and Qutub Shahi with ample wildlife. In fact, Ibrahim Quli Qutub Shah converted the lake into Ibrahim tank to water the royal garden Ibrahim Bagh. I wanted to convert the lake as Biodiversity and Archaeological heritage. I want to make the lake a knowledge hub for school students, research project for college students and recreational place for adults. I was tired of running behind officials and decided to take it up myself through my group, Dhruvansh.”

But it was not so easy. “People used to steal and burn our saplings and dump garbage in the lake while the restoration works were on. Also, the trucks running on the bund crushed one of the pythons and monitor lizards, which are protected species. The efforts to put a hold on Ganesh idol immersions also went in vain. So the real challenge was to protect the lake, saplings and wildlife,” the environmental activist adds.

However, her thirst to revive the lake did not die as she was determined to embark on a relentless journey. “With the support of the District Collector, HMDA, schools and communities, we cleaned the periphery and fenced the lake. We also organised many eco-friendly awareness programmes.”