The village of Sochos wear goat and lamb hides with bells around their waists and masks. 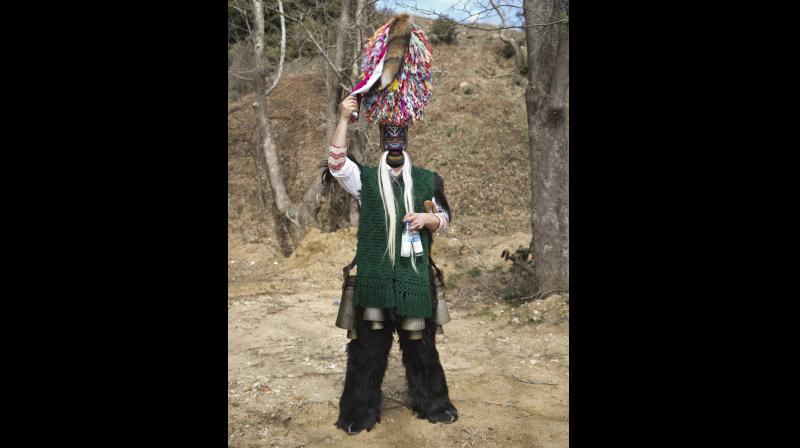 The costumes can be worn by anyone, men and women, grown-ups and children. Men wear the heaviest of the bells, five of them strapped around the waist, weighing 18-20 kilograms (40-45 pounds). (Photo: AP)

NAOUSSA, Greece: Springtime in northern Greece is ushered with loud and colourful festivals, many hailing from centuries-old traditions, later tied to the religious calendar. In villages across the region, there are drums, ear-piercing pipe music, customs passed on from grandparents, and what many consider to be the centrepiece of many of the region’s celebrations.

Naoussa, a city 500 kilometres (310 miles) north of Athens once famous for its textile industry, is home to the annual “soldiers and brides” parade. Local men wear white-and-red plaster masks; each designed slightly differently and uniquely decorated with jewellery and headscarves. Their outfits also include white pleated kilts and vests embroidered with coins. 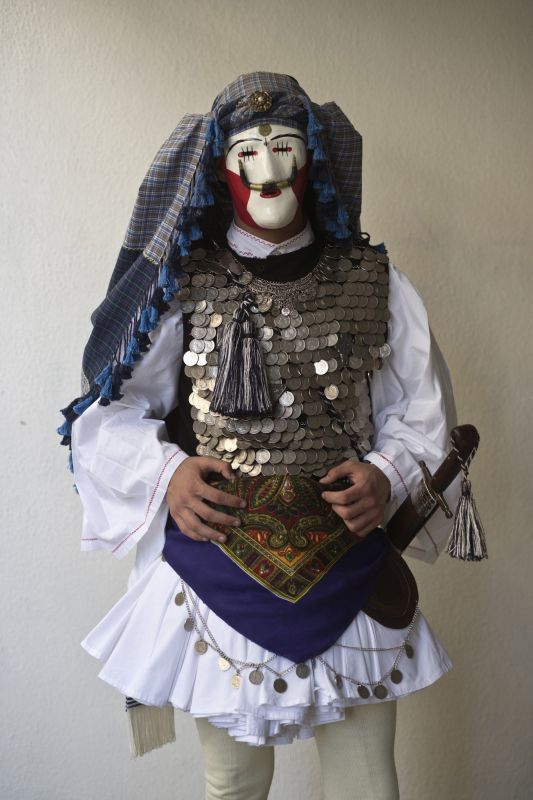 A dancer wearing a mask and traditional attire poses for a photo, during the Boules and Genitsaroi carnival parade. (Photo: AP)

The ceremonies are held during and just after Carnival season and lead up to Lent on the Orthodox Christian calendar. “There’s a whole ceremonial aspect in how a dress is put on,” says Aristidis Tosios, head of the “Soldiers and brides” folk club.

“The gathering is accompanied by traditional instruments, a zournas (wind instrument) and a drum. They go from house to house and the dancer comes out on the balcony and greets them three times, raising his hands. Then he gets out of the house, crosses himself and, jumping three times, and greets the representative of the troop.” 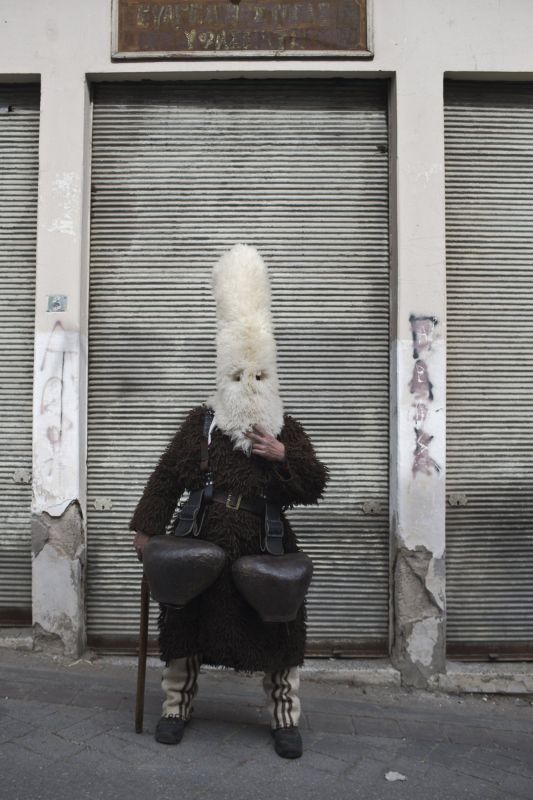 A man wearing a mask that includes a meter- tall, ribbon-covered formation topped with a foxtail. (Photo: AP)

Two hours’ drive to the east, revellers in the village of Sochos wear goat and lamb hides with bells around their waists and masks that include a meter- tall, ribbon-covered formation topped with a foxtail, and hold a procession through the town to the sound of traditional music before dancing.

The costumes can be worn by anyone, men and women, grown-ups and children. Men wear the heaviest of the bells, five of them strapped around the waist, weighing 18-20 kilograms (40-45 pounds).