It was in this wave of feminist activism that Dr. Nandita Shah and Dr. Nandita Gandhi met each other. 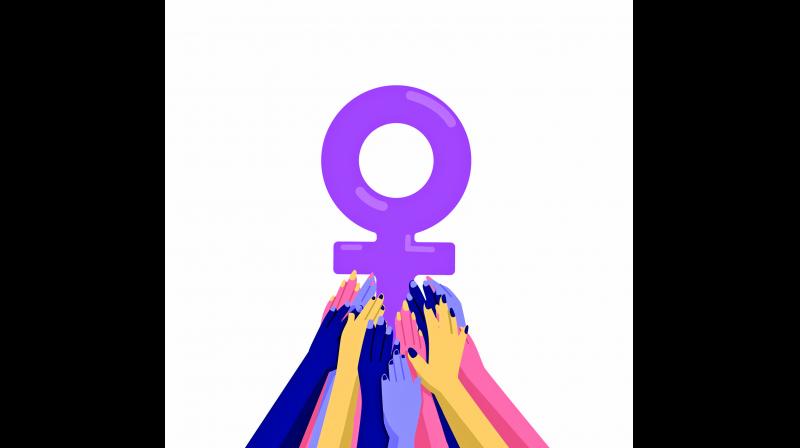 The case, which is monumental in the contemporary history of the women’s movement in India, led to the formation and uprising of women’s groups.

Dr. Nandita Shah, feminist scholar and co-founder of Akshara Centre, talks about her organisation, its recent report and why it’s time to focus on the implementation of gender-equal policies.

In 1979, the Bombay High Court’s decision to acquit two policemen accused of raping a tribal woman left so many women aghast, that it led to the first public protest against rape in India. The case, which is monumental in the contemporary history of the women’s movement in India, led to the formation and uprising of women’s groups. It was in this wave of feminist activism that Dr. Nandita Shah and Dr. Nandita Gandhi met each other.

While the historic case led to conversations of consent and eventual amendments in the Indian rape laws, the win was made more poignant for Shah and Gandhi with them forging a partnership. The two women not only went on to write a book of pivotal importance in Gender Studies together, Issues at Stake – The Contemporary Issues in the Women’s Movement in India, but they also founded the city’s leading women’s empowerment NGO Akshara Centre in 1994.

Having entered its twenty-sixth year now, Akshara has not only worked on empowering women, but also in changing the gender narrative in the country.  “One of our strategies has been to look at the gender narrative in our society. There are a lot of individual changes happening, but that alone is not enough,” says Shah. With their ground-level campaigns such as occupying public news stands to an online one such as Gaana Rewrite, which asks people to rewrite the sexist Bollywood lyrics, Shah and Gandhi have together worked on battling the dogmatic narratives in inventive ways.

Taking a step ahead, Shah reveals that civic and government engagement has enabled their foundation to build some of the most important mechanisms in the city to ensure women’s safety. For instance, in the aftermath of the 2008 New Year’s Eve molestation case, which left the city shocked, their organisation worked to build the 103 emergency helpline. “We felt that a very strong response was needed, along with a long term strategy. That’s where the idea came from that there should be a helpline for the crime against women, children, and senior citizens, and vulnerable people,” says Shah. Further, the organisation collaborated with the government to extend the mandate of a BEST bus conductor to be a vigilant foot soldier. “Today, a gender module has been incorporated in all the curriculum in BEST. So every driver and conductor has to go through that training,” says Shah.

With over 25 years of experience in advocating and implementing changes for making a gender-equal society, Shah looks back nostalgically at the journey. Even though Indian society still continues to be dogmatic, Shah says she beheld some striking changes with time. “The first thing is that the shame of that particular crime from women has shifted. Earlier, it would be so shameful. Today, that finger is not pointed in the same way. It has given impetus to the MeToo movement. I also see that young men are more prone to have a sensitivity to realise how toxic masculinity has affected them,” she surmises. She also counts some of the laws passed in the last 20 years to be progressive, lacking only in proper implementation.

Akshara’s latest research Big Small Steps — a report that examines the gender narrative in eight cities across India with a sample of over six thousand aged between 15-29 years — enlightening findings have been presented. An overwhelming 79.2 percent of men and 87.4 percent of women said that men and women should have the same rights, although when it comes to exercising this belief, the numbers drop. Talking about the interesting result which forces one to question what the next step should be after creating awareness, Shah muses, “Awareness and acceptance are both there, but when we are actually going one level below, people’s perceptions change and then they don’t believe in equality. So what we are trying to say is that gender equality has to happen at multiple levels.”

Hence, in addition to creating awareness, there needs to be an implementation of stringent gender-equal policies at schools, colleges, and workplaces. Giving an illustration of one such change at the workplace, Shah says: “When they say every workplace should have a child care centre, they have a condition of having 30+ women as employees. What we are saying is that make the rule to 30+ employees, as it will emphasise that fathers are also equally responsible for child-rearing.”