Teenager has throat ripped open by sandwich he ate

Youngster from Missouri spends 106 days in hospital after being diagnosed with eosinophilic esophagitis. 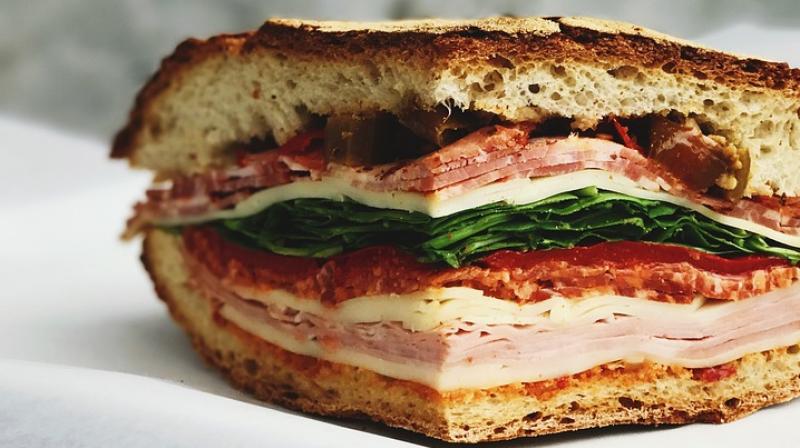 The rare condition sees white blood cells build up in the lining of the tube con necting the mouth and stomach, which can lead to tearing and choking. (Representational Image/ Pixabay)

A youngster from Missouri, Alec Hebblethwaite, spent 106 days in hospital and was diagnosed with chronic immune system disease eosinophilic esophagitis.

He was left fighting for his life after his esophagus was torn - by a ham and cheese sandwich.

The 14-year-old’s mum Kasey Hunter, 35, first noticed something was out of the ordinary last April when he ate a cracker during football practice and threw up blood.

She took him to the ER where medics said he had scratched his esophagus and told him to stick to soft foods to give it chance to heal.

But the following month, Kasey took Alec to Walmart between football games to grab a snack and he choked on a ham and cheese sandwich.

The youngster was rushed to the hospital with chest pain and doctors discovered his esophagus was ripped open.

However, when they tried to fix it with surgery, they found that the wound had become infected.

He ended up spending the summer in intensive care, fighting deadly sepsis and having several operations where doctors warned his mom he might not make it.

Seven months after Alec's first trip to the ER - doctors determined that his extreme reaction had been caused by eosinophilic esophagitis.

The rare condition sees white blood cells build up in the lining of the tube connecting the mouth and stomach, which can lead to tearing and choking.

Alec has to stick to soft foods and has cut out rough foods and bread - which is believed to have triggered his previous flare-up - because it can expand and cause irritation.

After choking on the sandwich, doctors tried to perform surgery to repair his esophagus but were forced to delay it after opening his chest to find he was suffering from an infection.

He later had a chest tube and drain inserted to help get rid of the infection and had surgery to remove his gallbladder, which was also infected.

While he was subsequently discharged, Alec still goes to the hospital every few weeks for dilation, where a balloon is inserted into the esophagus to stretch it, to make it easier for him to breathe.