Man rapes two of his mum's goats, ends up killing them

Munyao is said to have dragged them from a grazing area for a sickening two-hour session. 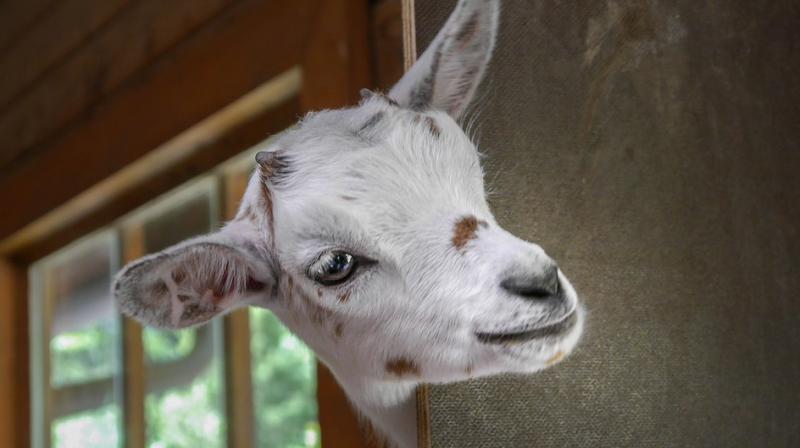 The terrified, bleating animals died of exhaustion as soon as he finished the vile attack, police have said. (Photo: Pixabay)

In another shocking case of animal abuse, a man raped his mum’s two goats to death in a sickening two-hour attack.

In a story published in The Sun, it was reported that the man, Mbithi Munyao, 35, dragged the unfortunate animals from where they were grazing in the Kenyan bush to attack them.

He has been put behind bars since the incident.

Munyao is said to have dragged them from a grazing area for a sickening two-hour session.

The terrified, bleating animals died of exhaustion as soon as he finished the vile attack, police have said.

The animals' bodies were presented as evidence before a shocked courtroom in Kangundo, in Kenya's Machakos County.

Munyao was arrested after his mother reported him to the authorities.

According to court reports as seen by The Star, after his mother raised alarm, the suspect was apprehended by area Chief Bethwel King’ele who handed him over to Kangundo Police Station.

According to local officials the man molested the animals over the weekend in the village of Kinyai, around 50 miles from capital Nairobi and the goats died after the sexual encounter that lasted for close to two hours."

Munyao, who pleaded not guilty, is being held in custody until his next court appearance at the end of the month.