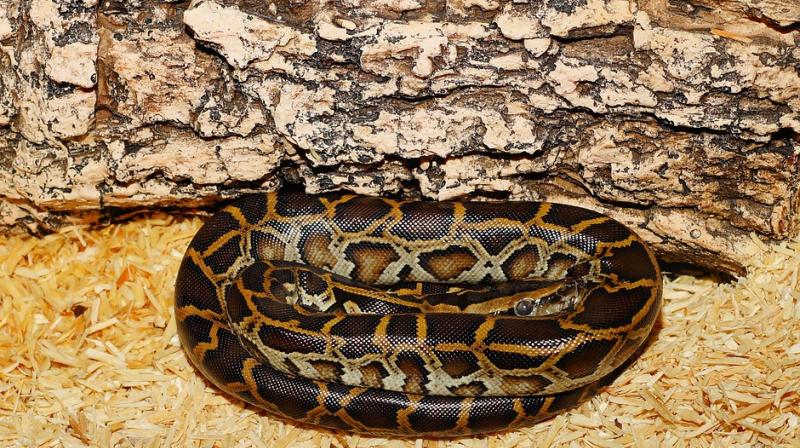 The python which was later released into the wild is an endangered species that is killed mainly for its skin.

Vadodara,Gujarat: The animal activists have rescued a rock python and four puppies from an 80-feet deep well in Gujarat's Vadodara yesterday.

The puppies were found resting comfortably next to six-foot long snake.Neha Patel, an animal activist said the dogs may have slipped into the well while playing.

"We saw that a python was seated with four puppies (in the well). They were there for four days. The python could have eaten the puppies but it didn't harm them, instead kept them safe and gave a mother's love," said Patel.

The snake was later released in the forest while puppies were reunited with their mother.Though non-venomous, rock python can injure big animals and humans with its bites, it usually preys on large rodents, birds and frogs.

Also known as Ajgar in local dialect, python is an endangered species that is killed mainly for its skin.