Quitting Facebook can escalate exam results of below average students. 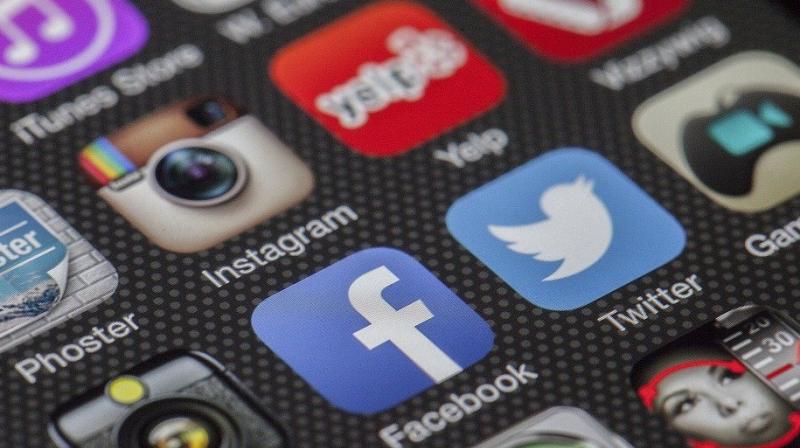 Some educators have embraced sites such as Facebook as a tool for engagement, learning and group assignments. (Photo: Representational/Pixabay)

Washington: By devoting less time to Facebook and other social networking sites, students with below-average grades could boost their results, says a recent study.

The study, led by Dr James Wakefield from the University of Technology Sydney (UTS), looked at the amount of time first-year university students spent on Facebook, and the impact it had on their grades.

The research showed that while high achieving students were not affected by the amount of time on Facebook, below-average students had significantly lower grades with greater Facebook use.

Students taking part in the study spent on average nearly two hours a day on Facebook, however, some were on the social networking site in excess of eight hours a day.

"Lower achieving students may already be grappling with self-regulation and focus, so it seems time spent on Facebook provides a further distraction from studies," Dr Wakefield said.

"We found that if they used Facebook for three hours a day -- not substantially higher than the average of just under two hours -- the difference was around six marks in a 60 mark exam or 10%," added Dr Wakefield.

The research, recently published in -- Computers and Education -- with co-author Dr Jessica Frawley from the University of Sydney, aims to help Quitting Facebook can escalate exam results below average studentsbetter understand the impact of social networking use on a student's educational achievement.

While the research applies to university students studying STEM and business degrees, it is likely to also be relevant to high school students who use social media.

More than 500 students enrolled in the first year subject 'Introductory Accounting' at an Australian university took part in the study, with an average age of 19.

Researchers assessed the students' general academic achievement using their weighted average mark (WAM) across all of their studies and surveyed them about their Facebook use.

They also controlled for other factors that might influence their achievements, such as whether they were planning to major in accounting, as well as their age and gender.

"Unlike other research on social networking use, we were able to tease out the differing impact on above-average students compared to below-average students," Dr Wakefield said.

"It appears that for students with lower academic achievement, the use of social networking sites replaces study time, whereas high achieving students are able to juggle both," he said.

Dr Wakefield says students with below-average grades would benefit from switching off notifications on their phones, and either quitting or reducing time spent on Facebook.

"Try to get into a mode where you can study without looking at your phone or logging on to social networking sites," he suggested.

"Some educators have embraced sites such as Facebook as a tool for engagement, learning and group assignments," said Dr Wakefield.

"However our research suggests educators should use Facebook only for a specific purpose, rather than to communicate with students more generally," he said.

The research also looked at why students were using Facebook -- whether to keep in touch with family and friends, for entertainment or for study purposes.

However, even when students used Facebook primarily for educational purposes, it was still a problem for lower-performing students.