Both private and government schools have been shut twice since the readings of the capital’s Air Quality Index soared post-Diwali. 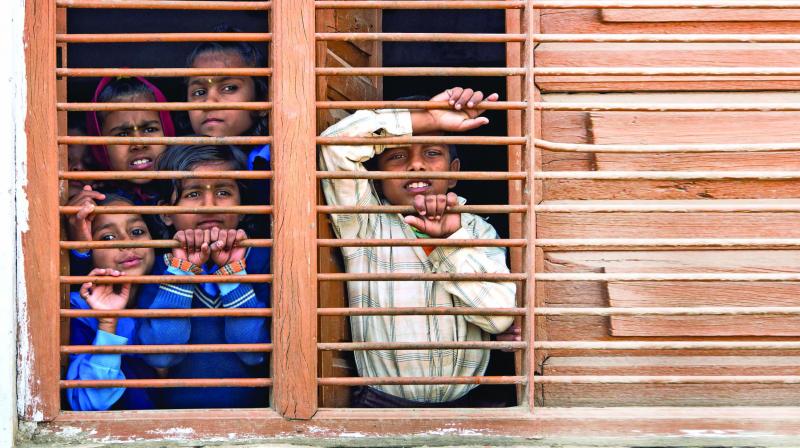 With frequent hikes in the pollution levels of the capital, both government and private schools have been shut down for a couple of days — twice. An effective deterrent or an unnecessary hindrance? Parents around the city weigh in.

‘Tis the season of festivals, weddings and the yearly haze that floats over the capital. While the dwindling levels of pollution have affected the health and daily lives of citizens all around Delhi, it lends an additional burden to school students. Both private and government schools have been shut twice since the readings of the capital’s Air Quality Index soared post-Diwali.

This puts school going children at great risk; not only do they make long commutes on public transport, but schools often have outdoor activities that expose them to the smog. While the government initiative is an effective deterrent against this exposure, the abrupt holidays pose a threat to the productivity of the school students. “It definitely puts a brake on their academics,” says Eva Sigdyal, an NCR resident and a mother of two. “In many schools outside India, there are systems in place that allow for this kind of an abrupt break. Online learning and homework enable them to be productive at home. But here, no such arrangements are made and their academics come to a standstill.”

How effective is this move? With the Diwali break for school children, these holidays come as staggering rifts in perhaps some of the most important days of the school year. For Eva, it comes as more of a disadvantage. “It doesn’t make much of a difference,” she explains, since the school that her children attend is fitted with air purifiers in each classroom. “At home, they’re glued to the screens. The school environment can, at the least, keep them preoccupied.” In Amity School, Delhi, the semester end exam was postponed because of the mandatory holiday. “While the pollution levels are certainly severe, the holidays affect the students’ exam preparation. Their pace gets disturbed.” Remarks Anita Malik, whose daughter gave a delayed exam owing to the pollution.

While shutting schools may come as an inconvenience, perhaps it’s the only safe way. “I think the health of a child is more important than sending him or her to school,” states Noida resident Sarika Rai, a mother of two young children. “With horrific air quality, the city has turned into a deadly gas chamber. Our schools don’t have air purifiers, and the masks are hardly effective. We should be worrying more about the health of our children than sending them to school.” While this move has invited differing opinions, all parents agree on one thing: it’s time the city is hit with a breath of fresh air.