Chocolate is already best known as an aphrodisiac, and as with tea and coffee it contains methylxanthines. 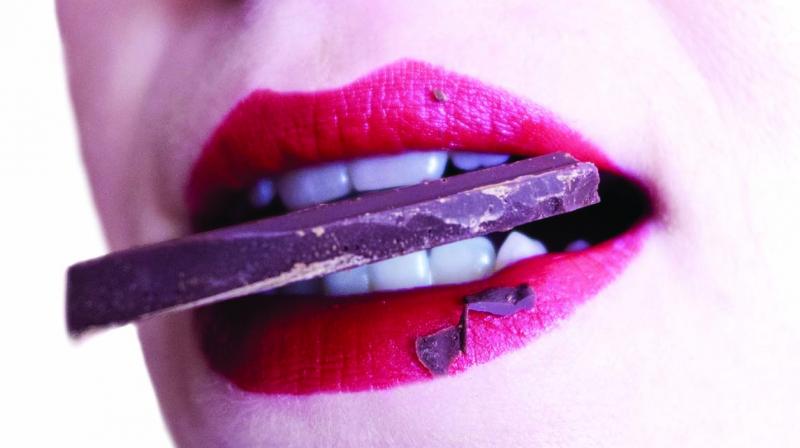 According to the study, there were significant positive associations between high frequency chocolate in-take and a positive performance in cognitive tests.

Scientists based at the University of South Australia are recommending you to eat more chocolate to improve your intelligence. The research was based on lifestyle information, originally collected by the Maine-Syracuse Longitudinal Study (MSLS), which has been monitoring the health of nearly 2,000 individuals since 1976.

The team led by Dr Georgina E. Crichton analysed the results of cognitive tests taken by 968 participants in the MSLS, all aged 23-98. By comparing the scores of those who ate chocolate less than once a week and those who ate it more than once a week, they found a surprising association. According to the study, there were significant positive associations between high frequency chocolate in-take and a positive performance in cognitive tests. The psychologist who began the MSLS, doctor Merrill F. Elias, stressed that causality between chocolate and cognitive ability could not be proven with their data alone.

Yet according to the Washington Post, they’re study which shows that it was not the case that people who were already intelligent enjoyed chocolate. It was the chocolate that appeared to be bettering cognitive abilities. “Our study definitely indicates that the direction is not that cognitive ability affects chocolate consumption, but that chocolate consumption affects cognitive ability.” Cognitive skills have applications such as talking and driving at the same time, remembering a phone number, or mentally visualising a concept. While Crichton’s study did not explain why chocolate might improve these skills, previous research has suggested the cocoa flavanols that occur naturally in cocoa have a positive effect on the brain. Chocolate is already best known as an aphrodisiac, and as with tea and coffee it contains methylxanthines. These compounds have psychoactive properties and have been consumed by humans for centuries.