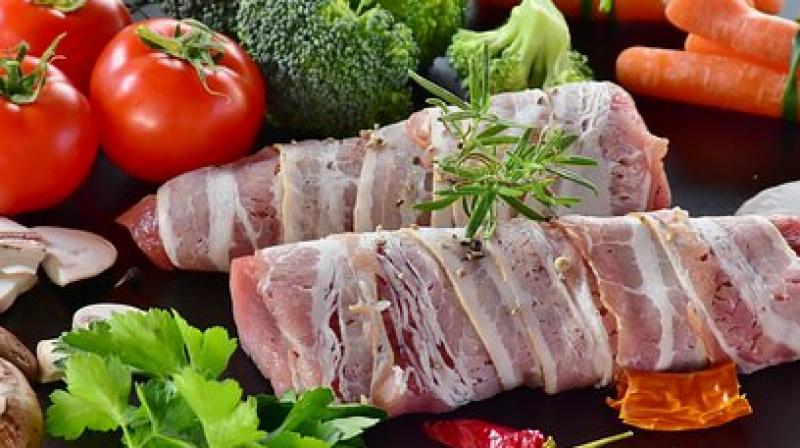 Sydney: Australia has refused entry to a Vietnamese woman for failing to declare 10 kg (22 lb) of raw pork, seafood and poultry on arrival in Sydney, its first expulsion under a stricter biosecurity law, authorities said on Tuesday. Already known for its tough biosecurity regulations, Australia has increased its vigilance to prevent the devastating African Swine Fever (ASF) from hitting its AUD 5.4 billion (USD 3.65 billion) pork industry.

The woman, 45, was stopped on Saturday after she flew into Sydney with 4.6 kg of pork and smaller amounts of quail, squid, pate, raw eggs and garlic in her luggage, authorities said in a statement. “In the midst of what is potentially the biggest animal disease event the world has seen, it beggars belief that someone would deliberately attempt to bring pork meat past our border,” Agriculture Minister Bridget McKenzie said in a statement, referring to the outbreak that has ravaged pig stocks worldwide.

Rather than levy a fine, and because of the large amount of undeclared food, immigration officials ordered the woman to return to Vietnam, making her the first person denied entry to Australia under the tougher law. Officials did not give details of the woman apart from her nationality and age, and Reuters was not immediately able to approach her for comment.

In the past six months, Australia has stepped up surveillance of packages from Belgium, Slovakia, Serbia and most Asian countries in an attempt to keep out the swine fever. A total of 27 tonnes of undeclared food has been detected entering Australia, 15% of which had traces of ASF, said Margo Andrae, chief executive of Pork Australia, a producer-owned body.

ASF, with mortality rates as high as 100 per cent, can be spread via raw pork and people’s shoes and clothing. The infection has killed a quarter of the world’s pigs since spreading to Asia from Europe about a year ago, Andrae added.

“There’s no vaccine ... so it can wipe out the entire herd,” she said, adding that the other raw animal products carried by the woman also posed a biosecurity risk. Australia’s stringent biosecurity laws have in the past ensnared some high-profile figures. In 2015, Australia gave Hollywood actor Johnny Depp two days to return his two pet dogs to the United States for failing to declare them to customs.