While many women have come forward in solidarity, The #metoo movement in India is still facing an uphill task. 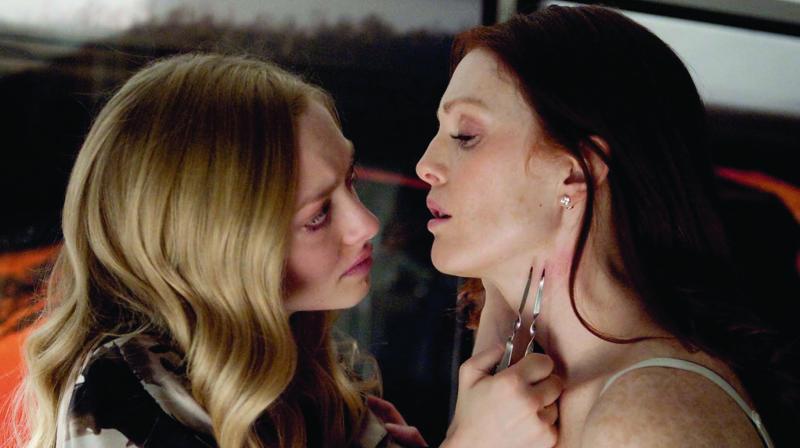 Image for representational purposes only.

The Indian #MeToo movement, that started with Tanushree Dutta accusing Nana Patekar of sexually harassing her on the sets of Horn Ok Please (2008), has reached unprecedented levels of success. Her being vocal about being harassed has helped numerous women to come out and talk about their horrific experiences. Though slowly, many have come in support of the movement but at the same time there are women who have rubbished it, from television actress Shilpa Shinde who called the movement “rubbish” adding, “that there’s no rape in this industry,” to Rakhi Sawant calling Tanushree Dutta a liar. Recently, Vikas Bahl’s ex-wife Richa Dubey even called out Kangana.

Industrial psychologist, Swarnalatha Iyer, believes that women have been brought up with the idea that they should tolerate whatever happens to them. “It is always said that women never support women. One primary reason is that they have been brought up with the idea of tolerating whatever comes their way. Secondly, they want to be in the good books of the men, so, they go ahead and shame the ones who come out and speak against the harassment that they have gone through. In India, from childhood onwards, women are taught to be obedient and coy. They have always been trained to behave in a manner which is approved by men. And this is the behaviour that we have witnessed during the #MeToo movement where women have been shaming the survivors rather than standing by them.”

The question most of the women and men are asking is “Why are women coming out after so many years?” Unfortunately, they have forgotten the society we live in. Iyer elaborates, “We need to understand the society and culture we have been living in. Even thinking about my own family, had I anything to say twenty years ago, my mother would have told me to hush up and move away from the man. For them, it was a hush-hush topic as they felt if a woman talks about it, who will marry her? And this was the case in every household. Even today, I know a girl has been sexually harassed but is not willing to file a complain as her parents are against it. She has now been  thrown out of the college.”

Anuja Kapur, a criminal psychologist and advocate, feels women standing against each other is a form of aggression. “This is the aggression in a verbal mode as they can not fight physically. They defame others because they feel that these women have failed to benefit from this patriarchal system. Unfortunately, they are ignorant about what the real survivors have gone through. It is not that the survivors don’t know the social and legal repercussions they are going to face. Also, many don’t want this issue to come out because since their childhood they have seen many get away scot-free with such behaviour and this has become a reality for them. The misogynist view has always divided women. But now many have come to understand the law and what their rights are. Hence, they are trying to get their rights back. Also, it is essential to identify yourself as a victim. Only after 2012, Nirbhaya’s case, women have started to voice their issues. Rather than giving out careless statements, men and women should stand with the survivors. Nothing can justify this careless attitude.”

56-year-old Arunima Lahiri, a communication consultant, feels that this is a human behaviour. “It is all about power play and is a human behaviour to support one’s spouse, a family member or a friend. The media is playing to the gallery and viewership is going up by the hour because celebrities are involved. But what about those who are suffering in silence because they have no recourse to justice nor alternative means of earning a livelihood. Women in junior level jobs are constantly harassed. Who will take up their cause?”

Actress Sushmita Bhandari believes that it’s very courageous of Tanushree to come out. “What happened to Tanushree is unfair and what’s even more unfair is the fact that the public doubts her. Harassment has a deep negative effect on a person’s mind and I think accusing a victim falsely is downright inhuman,” she says.

Actress Priya Banerjee feels that it’s high time that women all over, regardless of which industry they belong to, should come out and speak about their horrific experiences. “We cannot deny the fact that harassment in the workplace exists everywhere. I’m so glad that now all women have gained the courage to speak up. I truly believe it’s a revolution in the making. But amidst all this when you hear a woman defaming another, it’s extremely shameful. Not only as women but as humans, we should stand by each other because a lot of these men are very powerful and it won’t be easy to ostracise them unless we stand together.”

Tathagata Chowdhury, founder of Theatrician feels that a safe environment for women to express themselves is missing due to which many women don’t speak up. “Social reputation is another major factor why women are quite.” But like others, Chowdhury questions the validity. “We need to encourage those expressing themselves. But the authenticity of expressions is truly difficult to determine. The #MeToo campaign is meant to empower. I hope we are clear in the conscience when we express our grief as personal vendetta will only dilute the movement.”

While there are many questions doing rounds on this issue, it is necessary to give the survivors the benefit of doubt as we women ourselves know that harassment in all manners is rampant. For society to change and to end this patriarchal mindset, we need to stand with the survivors and not slut shame them. This movement cannot fizzle out with the accused posting online apologises or slamming the survivors with defamation cases. Men need to understand what ‘NO’ means and that they cannot get away with such behaviour.