People become unhappy with Trudeau’s choice of Diwali greeting, take to twiiter to voice their opinion. 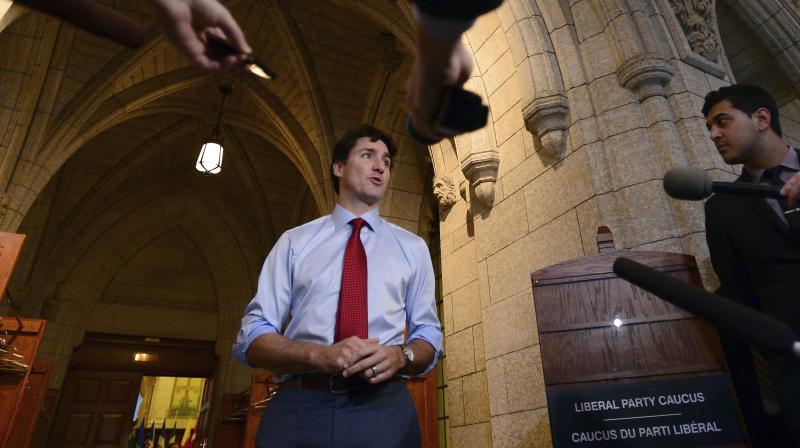 It seems Indians have turned Puritans when it comes to the usage of words.

Canada's Prime Minister Justin Trudeau recently took to Twitter to wish people who are celebrating a Happy Diwali. Trudeau posted a photo of him, wearing a beautifully embroidered black kurta, lighting a ceremonial lamp during celebrations in the city of Ottawa, as Indian High Commissioner Vikas Swarup and members of the diaspora looked on.

While the photo captured a beautiful moment of solidarity and fellow feeling, his choice of greeting did not go down too well with certain people, who took no time to rant on the microblogging site Twitter.

Trudeau was instantly criticised for using the word ‘Mubarak’ in his tweet with those opposed saying that the word has its origins in Arabic. He was asked to correct his mistake:

Word to the wise : It's "Shubh-Deepavali", (Auspicious Deepavali), and NOT "Diwali Mubarak". "Mubarak" is Arabic, not Indian. @CanadainIndia

Thank you, Mr.PM. Its good to hear from a global icon. But it's either 'subh deewali' (Hindhi) or deepavali Vazhthukal(Tamil).

But there were those who came out in support for the Canadian PM:

You are awesome. Not sure why ppl getting offended by "Mubarak" Respect the sentiments behind, Mubarak just an Arabic word for blessing

But almost everyone appreciated Trudeau's gesture:

Thanks PM Trudeau and Diwali Mubarak to you too!!!

Aww... It feels so good when ppl other than your countrymen understand the importance of Diwali.. Diwali Mubarak..

This is not the first time that Trudeau is wishing Indians across the world on their festival. The Canadian PM has been known to routinely take to social media to celebrate different cultures and faiths.

Earlier this year, he wished everyone on Eid Al-Fitur and also offered Vaisakhi greetings and Pongal greetings as well.

And if social media images are something to go by, the dashing PM may have a panache for kurtas.