With increasing availability of affordable data services an social media presence, cyber bullying is on the rise! 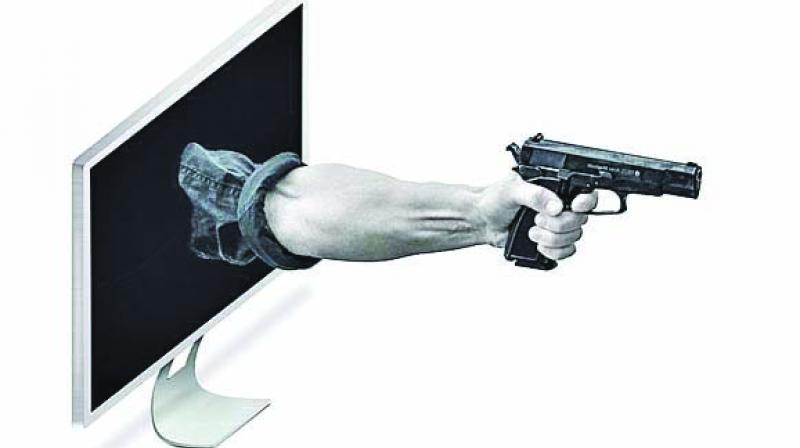 Despite being part of one of the biggest boy bands of all time, One Direction's Zayn Malik was targeted by cyber bullies for his race.

Despite the fact that social media has facilitated representation and spotlighted voices of marginalised groups and users, particularly women and people of colour, it is saddening to see how people are subjected to disturbingly sexist, racist or purely hateful comments and morphed images online.

Hollywood's most-adored have come to the realisation that social media sites like Instagram and Twitter can be a double-edged sword. Fortunately, these stars have been able to speak out against the evils of cyber bullying, in the hope of bringing an end to this awful problem but the normal people's voices can go unheard.

Since her success, Adele has constantly been body shamed for her weight.  However, this took a whole new level after the birth of her son in 2013.  Almost immediately after becoming a mother, Adele met with extremely cruel tweets from people who referred to her child as "fat" and "handicapped" and suggested that she even "murder" him.

Despite being part of one of the biggest boy bands of all time, One Direction's Zayn Malik was targeted by cyber bullies for his race.

Melania Trump, the first lady of the US hosted a cyber bullying summit, where she called for more kindness on the internet. Combating cyber bullying and teaching kids' positive online behaviour is a key part of her Be Best initiative.

B-Town actresses Sonam Kapoor, Sonakshi Sinha and Priyanka Chopra have been vocal on social media against users who mock celebrities for their views and ideas on socio-political issues. Actress Ananya Pandey and Malayalam actress Anushree are among recent victims of cyber bullying.

Playback singer Chinmayi has more than once been subjected to online abuse. She thinks it's more of a mental issue. "It is an absurd feeling when you're attacked for your personal life. Slut-shaming, making fun of the appearance of others are very common."

"Even women politicians like Smriti Irani and Tamilisai Soundarrajan have not been spared on social media. I have been fighting for the past ten years but nothing has changed till now. Children should be educated to be polite while using the social media," says Chinmayi.

According to research conducted by Symantec, nearly 8 out of 10 individuals are subject to the different types of cyber bullying in India. Out of these, around 63% faced online abuses and insults, and 59% were subject to false rumours and gossip for degrading their image.

"No one has the right to hurt anybody. We can troll, make fun but abusing someone's character and appearances should be avoided. Nowadays the memes make you feel more awkward rather than making you laugh," says Hariharan Gajendran, an entrepreneur.

At its worst, cyber bullying can cause suicidal tendencies in victims. A 24-year-old man committed suicide after being constantly bullied for dressing up like a woman in his videos on a mobile-based application, Tik Tok. In November 2017, an MBBS student in Kerala jumped to her death from the highest floor of her college building. Her Facebook profile showed her displeasure over the nasty comments made by one of her peers.

Sudha Ramalingam, a senior advocate says, "There are always laws for these crimes, one cannot run away by defaming others. Without knowing the truth, people start publishing their thoughts since technology is available at the touch of their hands."

"Before, people used to stalk and defame others face to face. Now they have the freedom to post whatever they want to belittle a person on online platforms. Abusing someone in any kind of facility is condemned by the court" she elaborates.

Recovering from the trauma of cyber bullying can be hard and takes time. In such cases, the victim needs support and guidance. It could come from parents, peers, family members or teachers. If required, one should seek the help of a professional counsellor.