‘One burger with fries, officer’

The Delhi railway police’s helpline has been flooded with such inane requests from passengers, much to the cops’ annoyance. 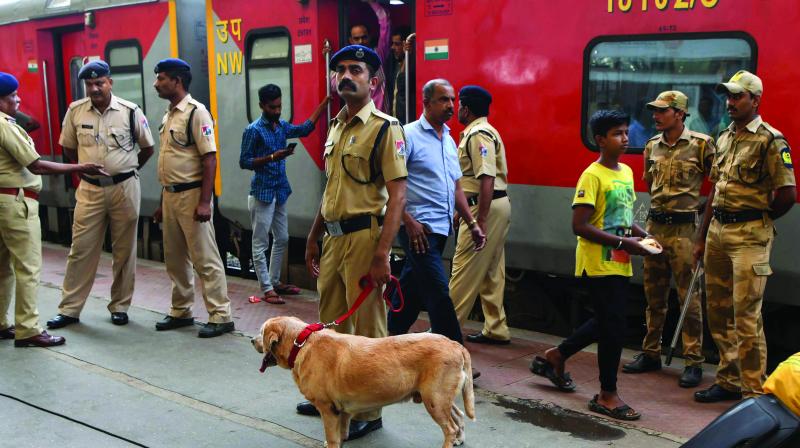 As it turns out, about 80 per cent of the 200 phone calls received daily by the railway police in Delhi these days, are along similar lines.

Imagine that you are a railway police officer sitting in a control room and you begin to receive calls from passengers, asking you to deliver them pizzas and burgers. Or, maybe, they tell you to recharge their phones, or even inquire about railways jobs. You would find all this frustrating, isn’t it? As it turns out, about 80 per cent of the 200 phone calls received daily by the railway police in Delhi these days, are along similar lines.

“Get my phone recharged, get pizza delivered, I want two burgers, tea, juices, cold water are some of the demands the passengers make,” a senior police officer told PTI.

Shibendu Sanyal, a Delhiite whose father is a part of the Indian Railways, comments that people do not understand that the 1512 helpline is for serious purposes, such as a passenger registering a police complaint due to an issue that’s occurred during their train journey. He continues, “People should understand this and not ask silly questions over the phone as it will reduce the seriousness of the service, and the police will start avoiding calls, even if a major complaint is tp be registered.”

Another Delhiite, Ankita Hazra, highlights the ‘spam’ aspect of these calls, and how this is a problem that isn’t just affecting Delhi’s railway police, but everyone. She says, “Sometimes it is so frustrating. While doing some important work, my phone rings and most of the time it ends up being a spam call. I have also missed one very most important call because I am so used to spam ones that I didn’t even bother to check my phone.”

Finally, Ujjwal Agarwal feels that the railway police should fine people for this kind of behaviour, or else it won’t stop.