A photograph happened upon it along the Indian River. 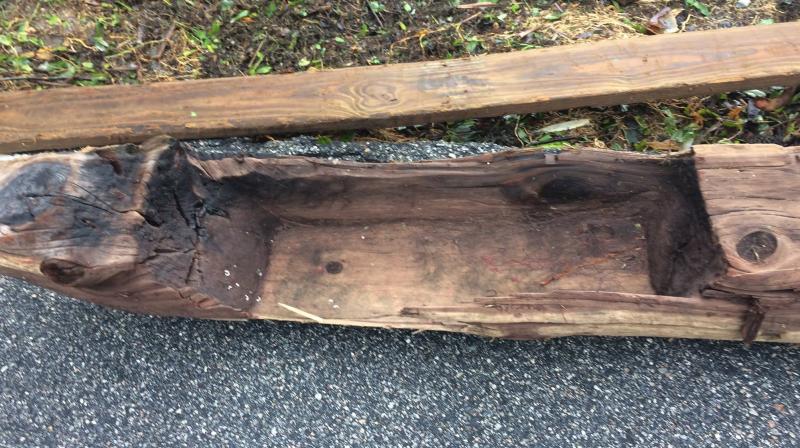 The canoe was discovered by  Randy Lathrop who recently happened to be riding his bike along the river, the Daily Mail reported.

Lathrop told ABC it weighed "almost 700 pounds, but might as well have weighed 1,000 pounds" as it had been soaked in water for years.

He immediately reported it to the Florida Division of Historical Resources, according to ABC.

"I got to it before it was picked up by the county with all the other storm debris and placed in a landfill," Randy said in a post on Facebook along with a picture of the boat.

Radiocarbon dating will help determine more details about the boat.

"The compartments are a bit out of the ordinary ... The square nails are cut nails. Cut nails were first in production in the early 19th century so that helps to indicate it is a historic canoe," said spokeswoman for the Florida Division of Historical Resources, Sarah Revell.

The canoe was assessed by an archaeologist in Canaveral on Thursday.

He feels it will stay in the county for public viewing and is thrilled about it. "History saved, for the public. Thank you all!!!," he said on Facebook.

"As we continue to evaluate and learn more about the canoe, our goal is to ensure it is preserved and protected for future generations in the local community and across Florida to learn from and enjoy," Revell told ABC.