We share popular games that players say brings them closer to the paranormal. 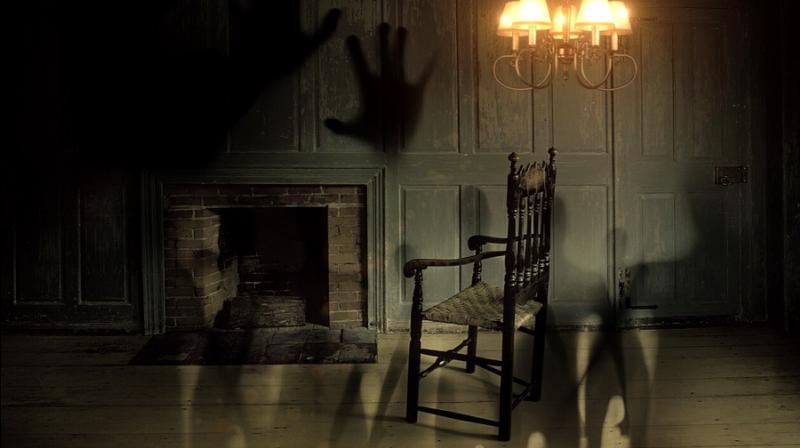 Players who have played it swear that they will never do anything like it ever again (Photo: Pixabay)

Tired of playing the same old run-of-the-mill games everyday? Why not delve into the paranormal and see if they offer some thrill instead? You do not really need to be a believer to play a paranormal game but a bit of thrill seeking can not be that bad. Man’s tryst with the paranormal has always been a topic of discussion and while these games may be just be something you do to pass the time, players who have played it swear that they will never do anything like it ever again.

Here are 5 paranormal games that might leave you shaking in your boots and have sleepless nights.

Three Kings: They say that this game enables players to access another dimension. You will require a large room which has no access to any sort of light. You will also need a pack of candles, two large mirrors, three chairs and a childhood object.

Set everything up and then set the alarm clock for 3.30am before you go to sleep. When the alarm goes off, go to the room and sit down on a chair at 3.33am with your lighted candle in your hand. Do not let the candle go out. Once seated, look straight into the darkness and not even at the candle or the two mirrors. People who have played the game say that it is at this point they start feeling and hearing a presence who talks to them about their past and unresolved issues. It could just be a psychological effect but as a reddit user posted he definitely heard two spirits talking to him the entire time.

Bloody Mary: A folklore which talks about a vengeful spirit of a witch, one has to chant Bloody Mary thirteen times in front of a mirror while holding a candle. Then you just have to wait for the lady covered in blood to come in front of you. However,

Some have stated that participants of this game might need to endure Bloody Mary’s wrath which included getting strangled, cursed, or getting their souls taken.

The hooded man: This one requires you to perform a cleansing ritual prior to starting the game, like burning a sage and spreading salt on your front door. At night, go to a room with a telephone. There are detailed online instructions you might find, but basically call for a cab. If you have succeeded, you will see a black cab parked outside your home. Exit your house and climb into the cab’s empty back seat. Lock the door and go off to sleep. If you awaken and your watch reads 3.30am, then you will find yourself falling asleep again. Once awake, the cab will be on an unfamiliar highway and with the Hooded Man behind the wheels. If you want to end your ride, just lean closer towards the Hooded Man’s ear and whisper “I have reached my destination.” You’ll fall asleep and wake up in your house, after which you’ll have to go to the telephone, dial a number, and say “Thank you for the ride.”

Daruma-san: This game has its origin in Japan and is a bath game that involves summoning a ghost which can follow you all day long to attempt to catch you. You go to your bathroom, strip yourself naked, fill the bathtub with water and switch off the lights. Climb inside, close your eyes and start washing your hair while chanting “Daruma-san fell down” over and over again.

You will see a mental image of a Japanese woman standing in front of a tub before she falls on a rusty faucet which impales her through the attention. Proceed with the mantra until you end washing your hair. Once you are feeling a presence close to you, ask out loud “Why did you fall within the bathtub?” Don’t await a solution. With your eyes kept shut, rigorously get up, get a towel, exit the toilet, and shut the door behind you. The game begins next day. You will feel a presence constantly following you but do not let her catch you. If you want to capture her, gaze over your right shoulder and shout “Kitta!”

The Midnight Game: It is believed to be an old Pagan ritual used to punish people. The gist of the game is you have to summon the ‘Midnight Man’ and walk around your house while making sure you do not get caught by him. If you manage to avoid the Midnight Man until 3:33am, then you have won the game.

It seems easy, right? People who’ve played this game swear that one should never play it. Some have experienced hallucinations and a few were even left with permanent, mental scars.