Shocking: Cannibal pigs eat each other alive at farm that supplies pork for Tesco

Revelations come a year after officials found it had no breach of animal welfare standards. 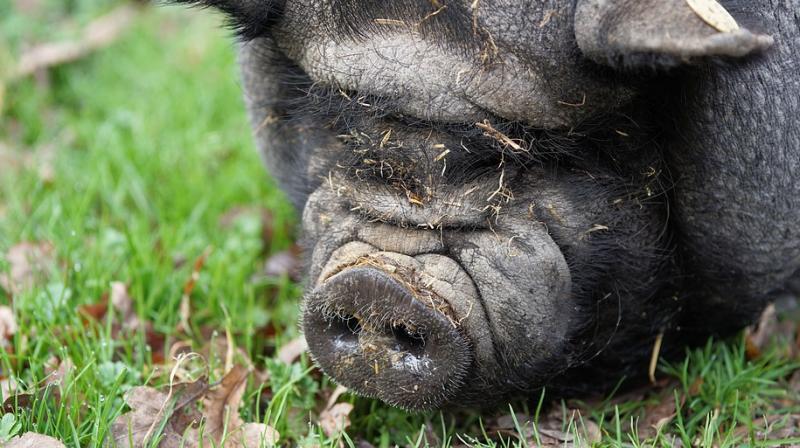 The group had first highlighted the conditions at Hogwood pig farm in Oxhill, Warwickshire in 2017

In a shocking revelation, images shared by animal welfare activists show a sow being eaten alive by other pigs on a British farm.

The undercover investigator from the campaign group Viva! says some pigs at the farm – which supplies pork to Tesco – were suffering from 'extreme distress'.

The group had first highlighted the conditions at Hogwood pig farm in Oxhill, Warwickshire in 2017. However, officials who investigated it found no breaches of animal welfare standards and Tesco continued using it as a supplier.

Viva! Re-visited the farm this month an dreleased footage that include images that show a sow slumped forlornly in a narrow passage as three pigs, their snouts smeared with blood, take turns to gnaw at her hind legs.

Viva!, which campaigns for veganism – a diet free from meat, poultry, fish, eggs and dairy produce – has reported its findings to the RSPCA but claims animal suffering on farms is widespread.

According to founder and director Juliet Gellately, canninalism is not natural behaviour for pigs and is caused by bleak environment.