Mumbai police joins hands with an NGO to give new lungs to the city with green police stations. 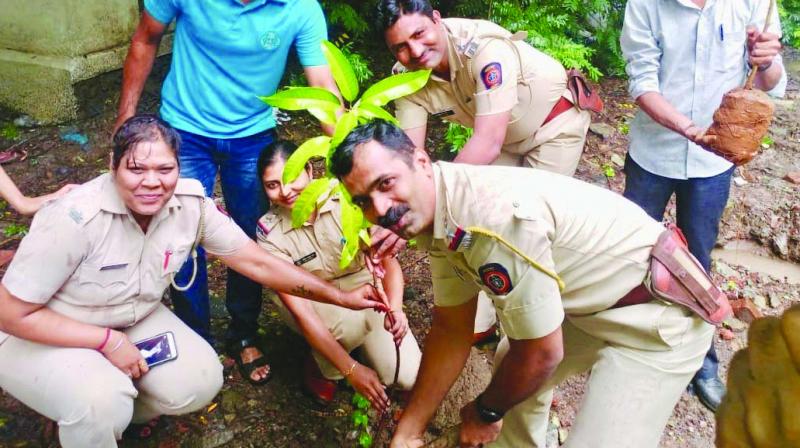 With their tongue-in-cheek wit and their sturdy grit, the Mumbai Police can go to any lengths to protect Mumbaikars from the dangers that imperil the city. In a new initiative, the Mumbai Police along with the city based NGO Green Yatra has resolved to convert over 100 police stations and police residential quarters into green zones by the end of this year.

This comes after WHO's global database ranked Mumbai the fourth most polluted mega city in the world this May. "Our main motive is to curb the rapidly increasing pollution levels in Mumbai and if we can do anything to make people’s lives more secure in any way, we are willing to do it," says ACP Tanaji Surulkar of the Mumbai Police.

This effort was started by the Mumbai police as part of Van Mahaotsav festivities that takes place every year in the month of July. It is in collaboration with Green Yatra, that  was launched in 2010 with the sole aim of planting as many trees as possible around the city. Pradeep Tripathi, the founder and director of Green Yatra explains, "I decided to approach the Mumbai police because they have a lot of land, given their multiple training centres, police stations and residential colonies. So I dropped an email to the Commissioner and got his approval. He asked me to come down to discuss further details. They wanted to do this during the Van Mahaotsav that takes place from July 1. The Maharashtra government now plans to plant 13 crore trees across Maharashtra this year."

The team first visits every police station and checks out how many trees that can be planted there. “We also provide the resources for the maintenance of the plants," he adds. 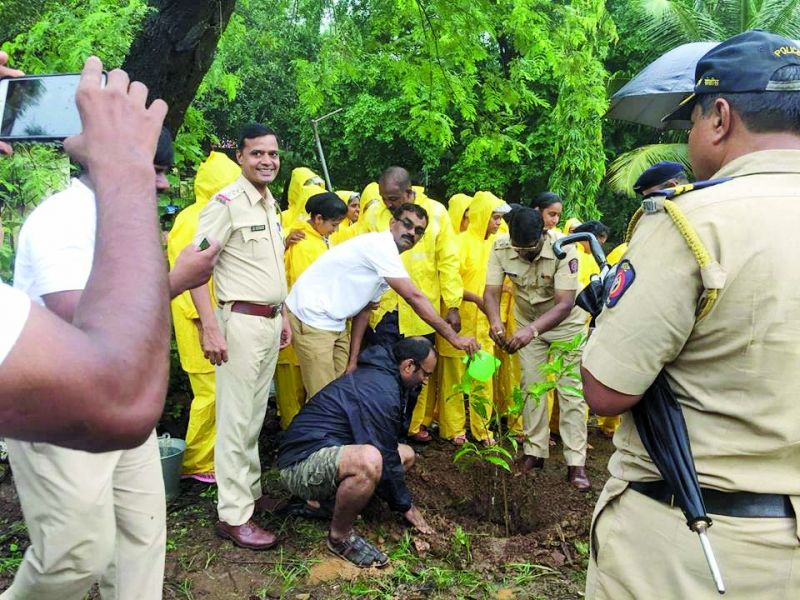 The Mumbai police has also issued guidelines across all its centres as to how to grow and maintain these trees with the help of Green Yatra.  As per the 2018 tree census carried out by the BMC, Mumbai has around 33 lakh trees,  a significant increase of 10.77 lakh trees  compared to the last decade.

On the other hand, in a city like Mumbai, which is constantly pressed for space, some police stations might not have enough space. In that case, the police will then approach private residential colonies to convince them to lend their land, in order to carry forward their battle against pollution, says  Ram Patil, a police officer at the Bhandup Police station. "We did not have space in our police station beyond 50 trees, so we approached a private society Usha Nagar Complex in Bhandup. We helped them dig and the NGO gave the plants. People are very co-operative. The society takes good care of the plants," says Ram Patil.

But the work does not stop at just planting trees as checking the soil quality and maintaining the plants are a pre-requisite for the sustenance of these trees. "We focus only on the native trees. A survey shows that 50 per cent plants across Mumbai are non-native, like the Gulmohar. Native trees are good for the environment and they have a good grip on the soil and they grow well. The key focus is on evergreen plants. So we are also aiming to bring in more native trees," explains Pradeep.  So far, the NGO has planted 1500 plants in 30 police stations and aims at 3000 trees in the coming months.