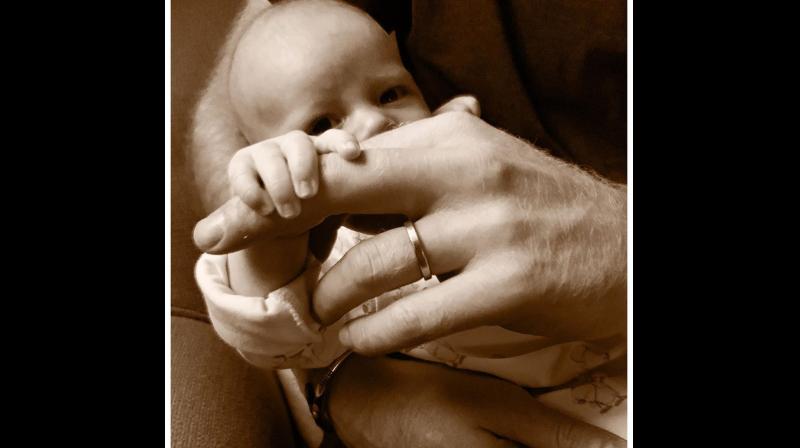 With the world clamouring for more of their beloved and youngest Royal, the Sussexes revealed yet another photo of Archie on the occasion of Father’s Day. (Photo: Instagram @sussexroyal)

Since the time Meghan Markle gave birth to the Duke and Sussex’s first child, the world has been dying for a glimpse of the little one. With Meghan’s stark features and Harry’s notable red hair, the public can’t stop speculating how Baby Archie looks.

Harry and Meghan presented their baby to the media, wrapped in a delicate wool shawl two days after the birth. Held protectively in his father’s arms, Baby Archie was partially visible as he was wearing a woollen knit cap.

On Mother’s Day, the Sussex’s official Instagram account shared a second photo of baby Archie. It featured his feet, cradled by the palm of his mother. He was once again wrapped in a cream blanket and nothing more than his feet were visible. 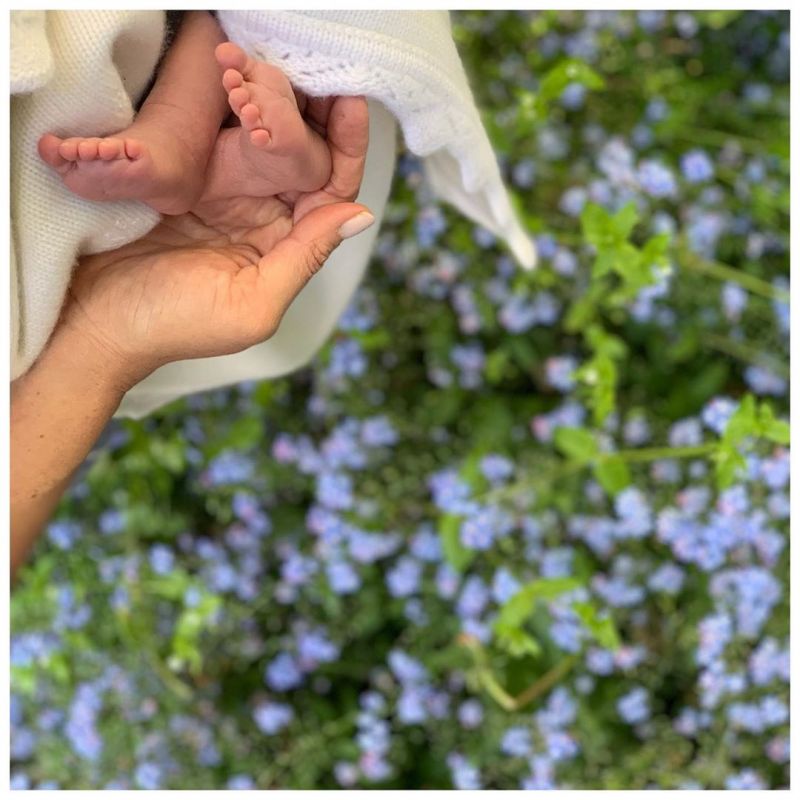 Sussexroyal shared this photo of Archie and Meghan on the occassion of Mother's Day. (Photo: Instagram @sussexroyal)

With the world clamouring for more of their beloved and youngest Royal, the Sussexes revealed yet another photo of Archie on the occasion of Father’s Day reported The New York Times. The sepia-toned photo featured a bright-eyed Archie clutching his father’s finger. Yet again, Archie’s parents gave us only a partial glimpse of their son, with most of his face being covered by Harry’s hand.

Ever since Meghan was officially inducted into the Royal family, she has been making subtle but significant changes in her own ways. Father’s Day and Mother’s Day, a primarily American concept, is being celebrated by Britain’s newest Royal parents. This is a nod to Meghan’s American roots.

The Father’s Day post on Instagram raked up over 2 million ‘likes’ in 17 hours with several positive comments about the picture. Several people also commented, asking the parents to reveal the colour of Baby Archie’s hair. The Sussexes probably do not want to reveal if Archie is a ginger or not, thus the sepia-toned photo.

One thing that is certain is, Archie bears a striking resemblance to baby Harry. The same eyes, the lack of hair and the wide-eyed look. 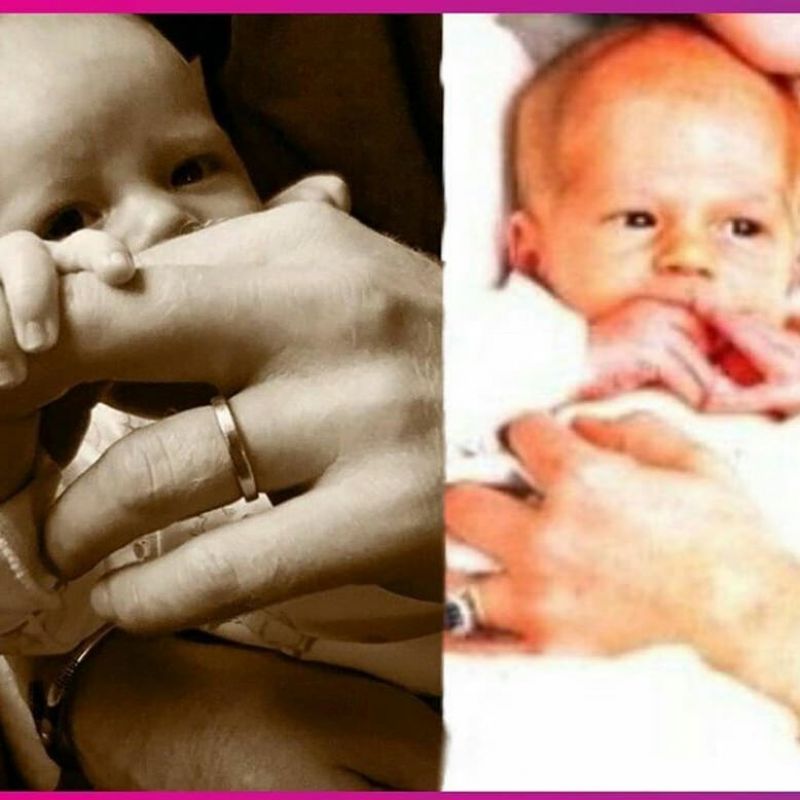 There is a striking resemblance of Archie to his father Harry at the same age. (Photo: Instagram)