Visually-impaired musical band shows there is ‘Light After Dark’

A band of Visually-impaired musicians strike a chord in Meghalaya. 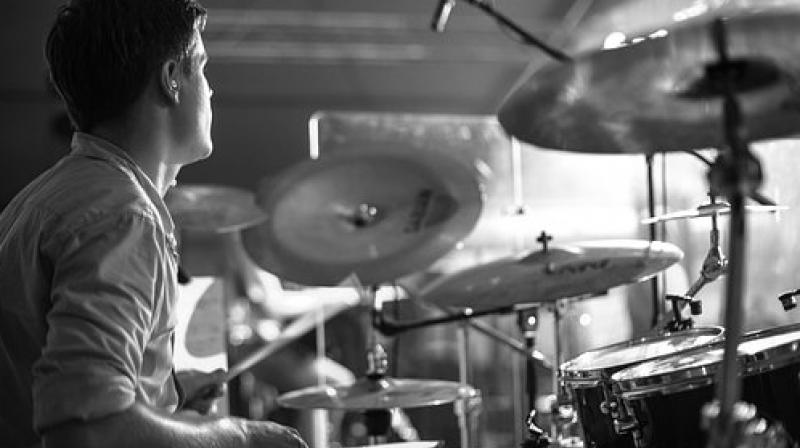 The band had played during the Cherry Blossom festival last year, also at the La-tomatina fest by the scenic Umiam Lake and IIT's TedX show at Guwahati. (Photo: Representational/Pixabay)

Shillong: A troupe of visually impaired musicians is hitting the right notes in this hill state, with night club owners and event managers lining up to hire them, more so after the state election department recently engaged them for pre-poll campaigns.

'Light After Dark', a musical band of five performers in their 20s, has been receiving rave reviews for its shows, not just in Meghalaya, but elsewhere in the region too, Zoma Sailo, a music teacher and the group's mentor, told PTI.

"The band had played during the Cherry Blossom festival last year, also at the La-tomatina fest by the scenic Umiam Lake, and IIT's TedX show at Guwahati. Everywhere the response has been overwhelming," he said. Sailo, who teaches music at the government-run centre here, also maintained that he had to blindfold himself on occasions to get a feel of how the troupe members perceive the musical notes.

"The boys, who initially played for a school band, would visit my place often to practice rock, reggae and Hindi music. They got together in 2013 to form the band with four members - Wanlamphrang as the vocalist, Rimiki Pajuh as lead guitarist, Dilbertstar Lyngdoh as bassist and Hilter Khongshai as a drummer," he said.

The fifth member, Plamiki Lapasam, joined the band as vocalist and guitarist earlier this year. "The big break came when the state election department hired the band for its pre-poll campaigns. That became the turning point of their lives and there was no looking back for them," he said. Wanlamphrang, who leads the band, said his disability never came in the way of his performances.

"With easy access to YouTube and other apps like Spotify, learning songs is no longer a task. Also, earlier, we had to write down and mug up lyrics, now we can learn the songs at ease," he said. Asked about the genres the band was comfortable playing, Wanlamphrang said, "The band can play almost anything, from rock and reggae to traditional tribal beats popular with the Khasi culture."

Jazcinth, an educationist with a Delhi-based firm and a self-proclaimed fan of 'Light After Dark', said the band effortlessly interweaves modern and traditional music "We love their music and we will keep on supporting a band. They have just proven that being blind is not the end of the world but the beginning of something truly wonderful," Jazcinth added.