Learn about love and marriage

Skits framed to teach students on love and how to restore a marriage in a Cairo University. 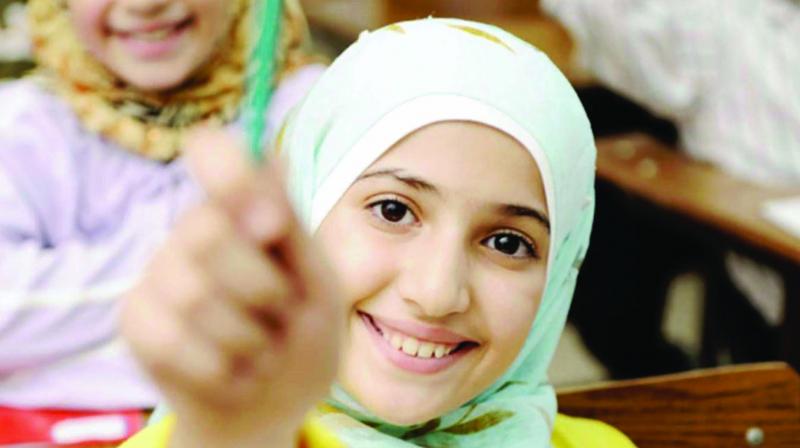 The skit was part of a new government project called Mawadda, which offers lessons to university students about how to pick the right partner and how to handle conflicts in marriage.

During a recent class at Cairo University, students laughed as they watched a skit acted out by their peers about a married couple. The husband came home from work and asked his wife, who was sweeping the floor, why dinner wasn’t ready.

“I pick up the kids and I go to work ... Am I neglecting something because the food is still on the stove?” the wife asked, to which the husband responded: “The apartment looks like a rubbish dump.”

The skit was part of a new government project called Mawadda, which offers lessons to university students about how to pick the right partner and how to handle conflicts in marriage. The goal is to prevent divorce after the number of divorces reached more than 198,000 in 2017, a 3.2 per cent increase from the year before.

Mawadda, meaning affection, is still in a trial phase, but the goal is to target 800,000 young people yearly starting 2020 and to eventually make it mandatory for university students to take a class before graduating.

After watching the skit, some students and the teacher pointed out that the husband should carry out more household tasks.

“It’s not her obligation to do all that,” said Salah Ahmed, the teacher, adding that the Prophet Mohammad helped his wife with all tasks and his example should be followed.

But he also said the wife should have been more understanding and tried to look good for her husband instead of welcoming him while sweeping the floor.

Julia Gosef, a 23-year-old student who attended the class with her fiance, said she worries that Egypt’s economic hardships could harm her marriage. The couple will not be able to rely on one income so she would be forced to work, which could lead to arguments similar to the one in the skit, she said.

“I think I won’t be able to take care of our home well enough,” she said.

Mawadda’s lessons will be accompanied by YouTube videos, a radio programme and educational plays. The church and Egypt’s top Sunni Muslim authority, Al-Azhar, are partners.

“If we want to solve the problem from the root we need to target people before they get married,” said Amr Othman, manager of Mawadda at the Social Solidarity Ministry. He added that there’s a correlation in Egypt between divorce and problems such as child homelessness and drug addiction.

At a youth conference in July, President Abdel Fattah al-Sisi said divorce and separation meant that millions of Egyptian children were living without one of their parents.