71-year-old singer is close friend of Royal family and attended Duke and Duchess of Cambridge's wedding at Westminster Abbey in 2011. 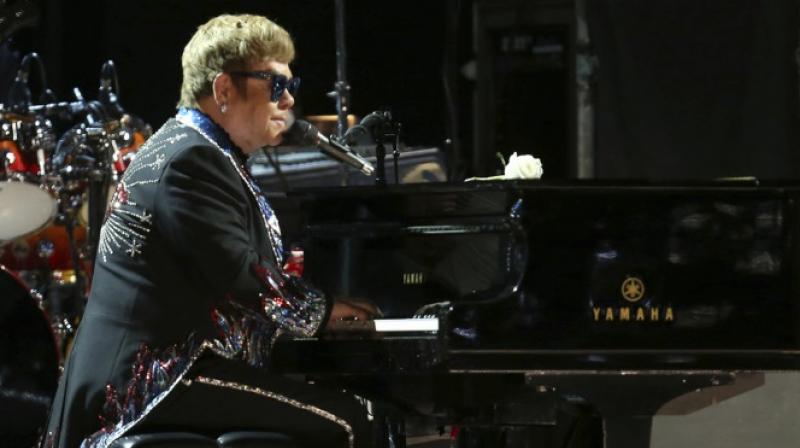 The singer was a close friend of Harry’s mum Diana and famously sang Candle in the Wind at her funeral in 1997. (Photo: AP)

Reports say that Elton John will be performing at Prince Harry and Meghan Markle's wedding on Saturday. He will sing at the royal wedding 21 year after singing at Princess Diana's funeral.

The 71-year-old singer is a close friend of the Royal family and attended the Duke and Duchess of Cambridge's wedding at Westminster Abbey in 2011.

However, according to TMZ reports, it is still unclear whether he will be playing during the ceremony itself or performing at the reception later in the evening.

Earlier it was reported that Elton had quietly cancelled two of his Vegas shows - freeing him up for the weekend of the Royal Wedding.

The singer was a close friend of Harry’s mum Diana and famously sang Candle in the Wind at her funeral in 1997.

In a story published in The Sun, speaking of the Prince and his brother William, he said, “We’re working very, very closely on AIDS projects with him. And both of those boys are very special to me because of their mother. He’s a good boy. His heart is in the right place and all you want is for people to be happy.”

Elton also revealed Harry told him he was “in love” with Meghan when they spent time together at Google Camp in Italy last summer.