The lightning causes a shower of sparks in the street as trees caught fire. 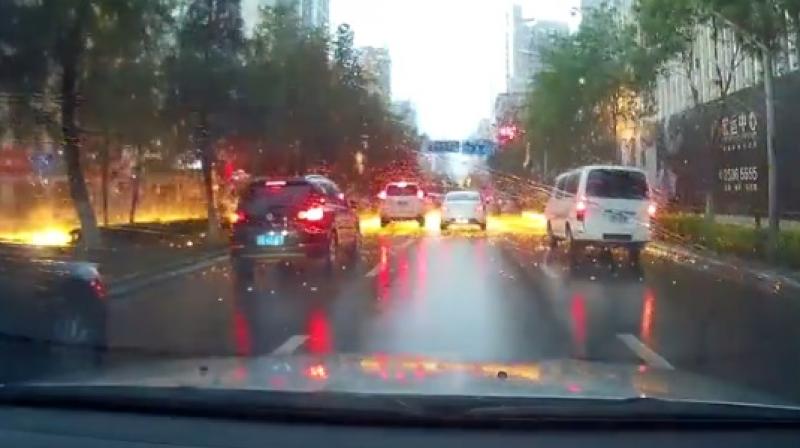 Lightning strikes are terrifying and can leave anyone stunned as few people are lucky enough to be close to the point of impact and live to tell the tale. With social media becoming increasingly accessible, incidents such as thunder strikes and plane crashes have been caught on camera.

A video clip recorded in a busy street from a car in China has captured the mind-numbing moment when a lightning struck the area. Just seconds after it there was a shower of sparks on the roads as some trees caught fire.

The video captured on a dashcam has astonished people on social media.