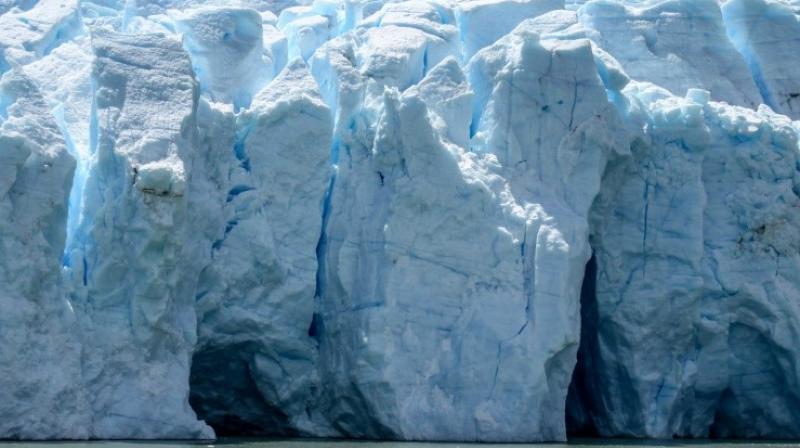 Chile: In the space of just two weeks, two large icebergs broke off the Grey Glacier in Chilean Patagonia is a sign of accelerating climate change, experts say. The Grey Glacier is one of the main sights in the Torres del Paine national park popular with tourists and hikers.

A giant iceberg the size of six football pitches, 8.8 hectares (22 acres) broke away from the glacier on February 20 and another six-hectare piece detached on March 7. It marks the first time two icebergs of such great size have broken off in such quick succession.

The 270 square kilometer (104 square mile) glacier receded by 500 meters (550 yards), more than half the amount lost over the previous decade. A smaller iceberg detached in 2017 but Ricardo Jana, a scientist at the Chilean Antarctic Institute, said "the loss of mass over the previous years was definitely smaller than this year."

Scientists following the glacier's evolution say it lost around two kilometers in the last 30 years. A United Nations study in 2018 found that 95 percent of Chile's 24,100 glaciers had receded. Scientists say that unusually warm summer temperatures is up to 31 degrees Celsius in Patagonia and high rainfall weakened the glacier's walls.

"The receding of the glaciers coincides with the increased temperatures that we've noticed in the region," said Inti Gonzalez, a glaciologist at the Cequa Foundation that studies geology in Patagonia and the Antarctic.

Higher rainfall also accelerates the glacier melt while raising the level of the eponymous lake where the glacier is found. The loss of glacier surface also reduces its ability to reflect sunlight, which increases global warming.