A personal history of Shanmukhananda auditorium

Only to find that the queue for passes had spilled out of the Shanmukhananda campus and onto the footpath. 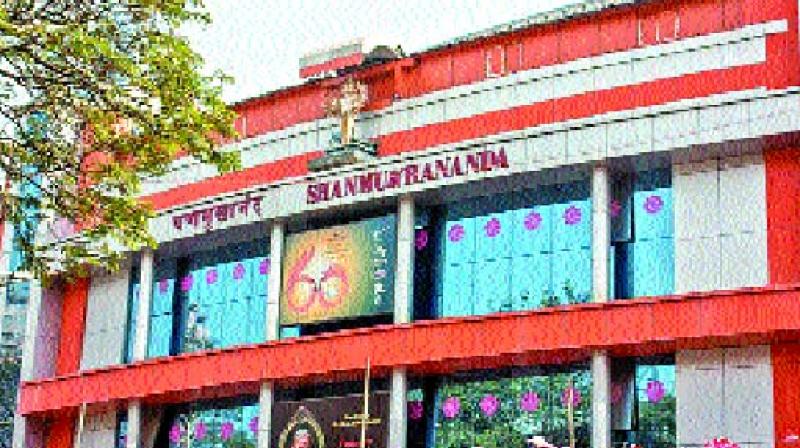 It is one of the most premiere venues for live Indian classical music performances. The legendary artistes who have performed here are Ustad Zakir Hussain, and Mridagam Maestro Palghat Mani Iyer. (Photo: Suruchi Maira)

At a quarter to five on a wintry Friday night, I walked out of Sion Hospital – my college, where I’d spent the night – with a barely repressed grin on my face. That day, I’d know what it’s like to be the first to enter iconic Shanmukhananda Hall.

Every February, tabla doyen Zakir Hussain organises an almost day-long tribute concert at Shanmukhananda in remembrance of his father Ustad Alla Rakha, featuring a galaxy of top-notch Indian and international musicians. Free passes are issued an hour before each session, the first of which begins at 6:30 a.m. Covering the half-mile distance in a few minutes, I was sure I’d get prime seating, front and centre.

Only to find that the queue for passes had spilled out of the Shanmukhananda campus and onto the footpath. These mad folks must have taken the 02:35 from Karjat or the 03:25 from Virar, wrenched out of bed in the dark by their love for classical music. How I loved Mumbai that day!

My impressions of that sleep-tinged dawn concert are hoary: someone called Sivamani opening with a short percussion set. A Mr. Louis Banks settling on his piano stool to sustained applause. A young fellow named Niladri Kumar whose zitar didn’t let me nap. And a pantheon of other classical gods jamming with such little-known singers as Shankar Mahadevan and Hariharan.

I am a fourth-generation patron of Shanmukhananda. My great-grandparents – migrants from Kerala – became members of the Shanmukhananda Sangeetha Sabha (music association), whose kutcheris (concerts) were organised in the grounds of Don Bosco High School, Matunga. Convened in 1952, its inaugural performance featured pioneering vocalist Ariyakudi Ramanuja Iyengar, who defined the Carnatic concert format as we know it today. The Sabha went on to present every leading artiste of the era; since its membership exceeded the capacity of the venue, each artiste had to perform twice.

Spurred by Nehru’s comment about the lack of a sizeable auditorium in Bombay, the Sabha collected around 27 lakh rupees to build one. Completed in 1963, it can now accommodate 2,763 persons seated across the ground floor and two levels of balconies. Carnatic vocalist and guru Radha Namboodiri, also my great-aunt, became a member when she started learning Carnatic Music at age 12. She gives me an example of the auditorium’s impeccable acoustic design:

Mridangam maestro Palghat Mani Iyer forbade the use of mics in concert. Both he and vocal deity DK Pattammal (whom he was accompanying) performed without amplification, yet his beats and her voice carried loud and clear to the last row of the second balcony! Radha Mutthashi (grandmother) retains the memory of an MS Subbulakshmi kutcheri in which the sound system’s failure did not come in the way of her divine music reaching every ear in the house-full auditorium.

Radha Mutthashi has herself performed at Shanmukhananda in the ’70s and ’80s and returned as principal of its music school from 2006 to 2017. She jokes that part of its draw is its canteen, run by the same caterer since inception. Elegantly dressed mamas and mamis would mark their presence in the concert, then slip away during the thaniyaavarthanam (percussive improvisation) to snack on the cannonball-sized batata vadas and filter coffee.

My father remembers what he was told about Shanmukhananda even before he visited: “The view of the artistes from the second-floor balcony is like the view of cars on Marine Drive from Malabar Hill.” He remembers attending Radha Mutthashi’s concert. And being in the greenroom prior to the performance of vocalist Semmangudi Srinivasa Iyer (also Radha Mutthashi’s guru), watching my great-grandfather effusively greet the legend, with whom he was friendly, and share a paan with him. Ghatam wizard Vikku Vinayakram, known for tossing his earthen pot into the air at the end of the rhythmic cycle as a bit of showmanship, accompanied him that day. As did mridangam virtuoso Umayalpuram Sivaraman, who momentarily launched his much heavier instrument skyward as well!

My own recollections are more recent: of Sonu Nigam’s then six-year-old son Nevaan, hoisted in the crook of his father’s arm, matching him note for note as they sang the soulful Abhi Mujh Mein Kahin. Of an octogenarian Asha Bhosle, prancing about with a stick, sometimes struggling to hit the high notes, until she hushed her band with a wave of her hand and enthralled us with a voice-only rendition of Mera Kuch Saamaan. And of being blessed by the ethereal melody of Kishori Amonkar at midnight, when her rendition of raags Sampoorna Malkauns and Basanti Kedar transported her adoring listeners for two hours, to a better world, in the deep, dark night.

If music is a religion, Shanmukhananda is its Mecca: always there, always beckoning, always rewarding. I leave you with one final reminiscence:

When my parents and I wanted to attend a members-only concert, I called the office, confessed that we weren’t members, and asked if we might come anyway. The kind gentleman on the line (who shall remain nameless) answered, “Oh yes, of course! If anyone asks, take my name and say I invited you. You are most welcome”.