The man who bossed around

TV star Siddharth Shukla, disliked by many viewers for his obnoxious behaviour in the House, has the last laugh. 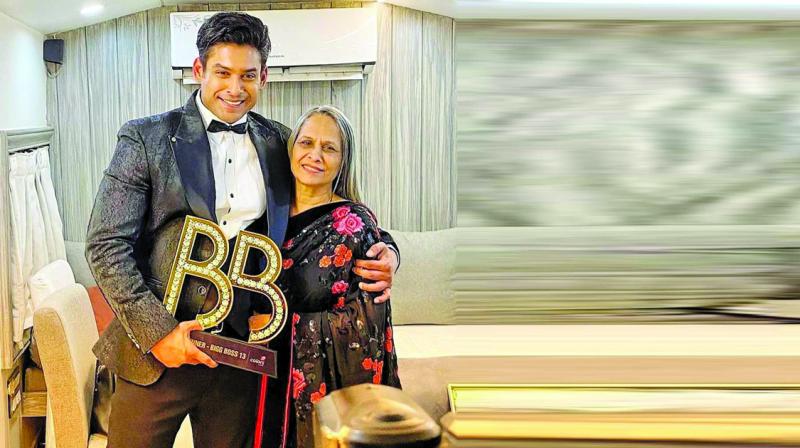 Siddhart Shukla with his mother after the big win

And won! TV star Siddharth Shukla, disliked by many viewers for his obnoxious behaviour in the House, has the last laugh.

After 140 days in the house Siddharth Shukla has finally emerged as the winner of Bigg Boss 13 — Apart from the trophy, he wins Rs 50 lakh as prize money.

Siddharth has had to hear a mouthful from the host Salman Khan on many occasions for his rash behaviour. In fact. the Balika Vadhu actor, who was seen pushing and shoving other inmates like Mahira Sharma and Asim Riaz during tasks in the house, had earlier been booked for rash driving and drunken driving earlier as well.

“All’s well that ends well. I was inside the house and I don’t know what was looking good or bad. There were so many things including accusations that were flying around. Salman sir told me many points to work on and suggested many things but then certain situations come that you are forced to react differently. I felt disappointed at times that Salman sir was investing time to advise me and I could not adhere to it,” he says

As for the fights with Asim he says. “Asim and I spoke after coming out and we cleared a lot of things. We shook hands and it is all good now,” says the Humpty Sharma Ki Dulhania actor.
— Sanskriti Media