Life   More Features  17 Feb 2018  Chinese Zodiac: Here's how the Year of the Dog will affect you
Life, More Features

Chinese Zodiac: Here's how the Year of the Dog will affect you

A good year for most, the Dragon, however, needs to lay low in 2018, says Chinese Zodiac. 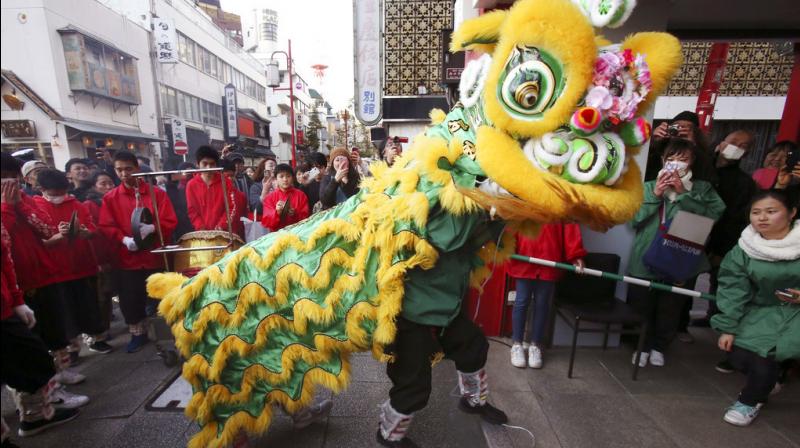 The Dog is associated with the Earthly Branch and in terms of yin and yang, the Dog is yang. (Photo: AP)

According to Chinese Zodiac, the Dog is the eleventh of all zodiac animals. A myth says that the Jade Emperor said the order of the animals on the Chinese Zodiac would be decided by the order in which they arrived to his party.

Monkey, Rooster and Dog were at that time, in another country, helping a god defeat evil spirits.

Soon after defeating the evil spirits, they arrived at the same time at the Jade Emperor’s party. Thus the Emperor went by the order they met the god in the other country.

The Dog is associated with the Earthly Branch and in terms of yin and yang, the Dog is yang.

Unlike Western astrology, in Chinese Zodiac, each sign lasts for a whole year and each year takes the name of an animal whose characteristics colour and influence everything that happens for the next 12 months.

Speaking to MailOnline, a master in feng shui and horoscopes revealed what the next 12 months holds in store for each of the zodiac signs.

A financially successful year, according to Tom, the Rat knows how to duck and dive in order to reach his goal and one to avoid confrontation at all cost, bringing a year of negotiation and diplomacy in order to reap the ultimate reward.

The Ox also understands the money energy this year but this is discreet money that very few know about. The Rat and the Ox make an excellent team in the financial world particularly on long term investments.

Anyone born in the year of the tiger, the horse, the monkey, the rooster and the rabbit all connect well with the dog and understand how to be part of his team. For these people there is tremendous potential t go forth and multiply in 2018 because they have the energy of the leader watching their back.

This opportunity is strong for the Tiger as he has bright ideas of his own as well as a natural ability to know when to pounce and seize the moment.

A social fellow who likes good things in life, there are opportunities for the rabbit to advance his career and ultimately improve his financial status in doing so. 2018 is also a good year for fertility and producing the next generation for the Rabbit.

The Chinese animal that needs to keep his head down this year and not make any important changes to his life is the dragon.

It is advisable that anyone born in the year of the dragon wears either a red string around his waist or wears red underwear or red socks all year for protections from any challenges the dog may want to throw his way.

The Snake will do well to stay close to home this year, in other words, all he needs is in the palm of his hands. His greatest allies are his neighbours and with the right collaboration success can be his by the end of the year.

The Horse will do very well this year if he teams up with the Tiger. Together they are formidable, can climb any mountain and achieve their goals through grit and determination.

A high achiever this year with success in examinations or legal matters, the sheep is a discreet player never inclined to blow his own trumpet too often and not one with high levels of ambition yet when he does achieve he is thrilled and proud. This year will not disappoint.

The Monkey and his neighbour the Rooster work very well together with the Dog to form a powerful team. This is a great year for the Monkey to use his intelligence and progress his career.

A confident fellow with his feet firmly on the ground, the Rooster is the spokesman of the team and one to rise to great heights with his confidence, leadership and strong sense of duty. The Rooster will go far this year, especially if he accepts the contribution to the cause from the Monkey and the Dog.

The Dog’s vulnerability is procrastinate too long and miss that opportunity so be sharp-eyed this year in order to maximise on his own potential.