Academic, poet and panelist Dhiren Borisa emphasises that queerness is not a monolithic imagination. 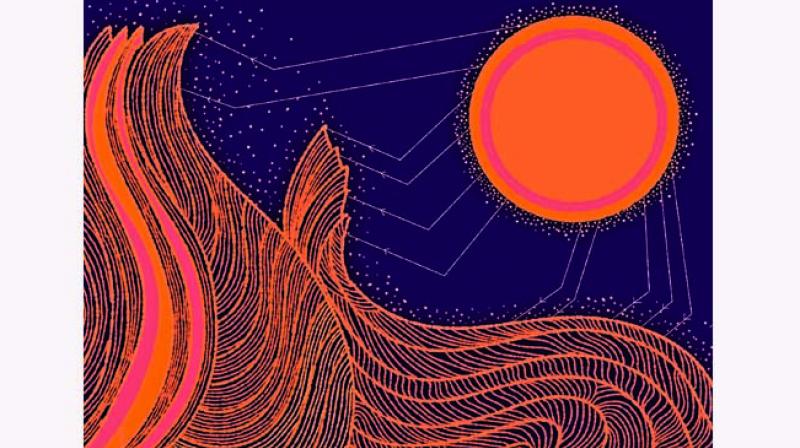 In India, queerness too is overshadowed by caste considerations, and Queeristan aims at providing a platform to trans voices from the less privileged sections of society.

A new year signifies a new beginning, and this year’s first Pride month throws light on the prejudice within the queer community. The Godrej India Culture Lab along with the Queer Azaadi Mumbai (QAM) will address and explore intersectional issues that afflict the queer community in India.

Starting today, Queeristan will not only address the issues of caste and queerness but will also bring forth narratives on the many queers of India. While the seed for the event was sown last year, curator Saniya Shaikh smiles at the sheer coincidence of the theme — Pride for All — being in sync with that of the Pride month.

“As a lab we talk a lot about inclusion and inter-sectionality. Looking at our pride programme we realised that a lot of these conversations that are taking place about the queer movement were often not intersectional enough. One of the reasons considered valid for this was the existence of 377 that ultimately became a fight against the law,” says Saniya.

Of the attention given to the many queer voices, those rising from the lower caste were over-shadowed. The first session — Caste and Queerness — aims to broaden the imagination of Pride, and will talk about what it means to be both Dalit and queer in India.

Academic, poet and panelist Dhiren Borisa emphasises that queerness is not a monolithic imagination and the very desirability of the human is produced through the caste system.

“The queerness we have heard of is a narrative that came from the upper class or caste gay men. Simple examples are the profiles on Grinder (dating app for gays) that read  ‘Good Jaat-8 inches’. There are profiles that clearly state — no SC/ST and only brahmins. Rather than saying queerness ends caste we are trying to talk how queerness is constituted or shaped by caste,” says Dhiren who plans on using these screenshots at the discussion.

“The voices of queers from the lower class have existed since the beginning and they have been active in taking the movement forward. But the voices addressing the issues or when done a Google search for LGBT activists the ones that pop-up are from the upper caste,” adds Saniya.

According to Dhiren, in today’s time it is much easier to be accepted as a queer person in India than a Dalit. “In gay parties when people discover I am from Rajasthan, I am quickly asked if I am a Rajput or a Brahmin. This only tells us of the spaces we are reproducing. People are always calculating the kind of bodies that can inhabit them and their desires,” he rues.

Trans rights activist Grace Banu — the first transgender to be admitted to an engineering college in Tamil Nadu — echoes the views pointing towards the dearth of educational and employment platforms especially for the Dalit trans. “In public and mainstream places, it is only the people with privilege who are accessing these platforms. Even the people who have filed fought for Section 377 are from the upper caste,” sighs Grace.

Today’s panel will also have advocate and anti-caste activist Kiruba Munusamy and will be moderated by writer-director and student activist Akunth Aroh. Rapper Sumeet Samos will close the evening with his powerful verses on Dalit oppression and caste discrimination.

The second session on January 26, ‘So Many Queers India’, will revolve around the numerous collectives and individuals who are working for LGBTQ rights in smaller cities and non-urban India.

“It stems from the same discourse that the queer voices you hear are often from Mumbai and Delhi, but that doesn’t mean that the movement has been carried only by them. There are numerous organisations and groups working in their state and local communities that have helped in squashing of Section 377. It is to address that section of the community and the multiplicity of queer in India,” says Saniya.

Maya Sharma, author of Loving Women: Being Lesbian in Unprivileged India, will talk about the narratives she gathered mainly from the rural and tribal areas. “I will talk about the whole process of documenting the lives of trans people in the earlier years, what it meant then to what it means now. So Many Queers imply how queer lives intersect with culture and cast factors,” she explains.

In addition to various voices, the second discussion will also have a film screening by Public Service Broadcasting Trust exploring Indian queer narratives with a focus on non-metro voices.

However, the attraction of the event are artist Maari Zwick-Maitreyi’s Recollecting Pieces that includes renderings of the natural world and the universe, artist Steevez Rodriguez’s portraits of transwomen shot at home and Marc Ohrem-Leclef’s Jugaad of Love and Intimacy, a project that uses photos and text to reveal how people across class, educational backgrounds and age pursue their desire for same-sex intimacy without identifying as gay or committing themselves to be ‘out’.