Joining forces with musicians from the traditional families of Rajasthan, Kutle Khan is all set to captivate Mumbai with sounds from the desert. 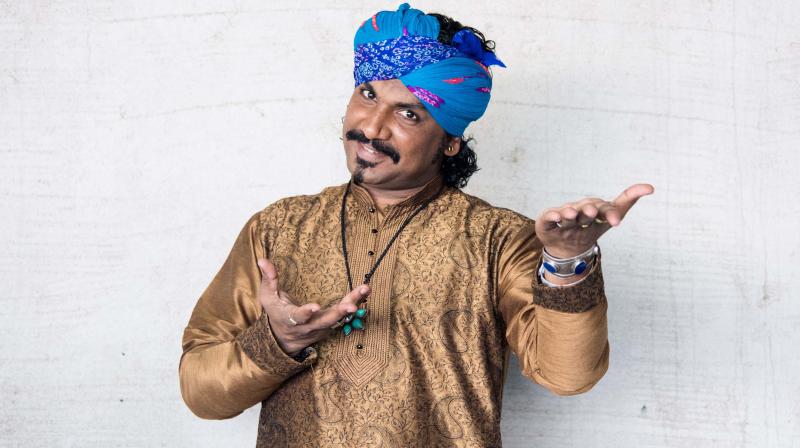 The Manganiyar musicians from the Barmer and Jaisalmer districts of Rajasthan are among the founding pillars of India’s rich legacy of folk music that goes back in time more than 1000 years ago.  Kutle Khan is among the most prominent musicians from the Manganiyar community, and is not only a custodian of its values and traditions but is also a forerunner in blending Rajasthani folk with other contemporary genres of music. As a child, he mastered over six to seven instruments and was mentored by his father Jethu Khan.

In the years that followed, he started collaborating with other bands and international artists and was even part of a few international bands. But despite these propitious projects, Khan longed to play in his own band and eventually established The Kutle Khan Project seven years ago. He says, “When I formed The Kutle Khan Project, the one thing I kept my focus on was to not dilute the true folk sound. I kept that in mind and shared Rajasthani folk music across India and the globe,” says the musician.

While his music is all encompassing and is contemporary in good measure, it comes as a mighty task to shoulder the weighty legacy of Rajasthani folk culture. He says, “My effort has been to bring fusion without losing the original  folk feel. The key to a good folk fusion song is to keep the folk feel alive throughout the song… Striking a balance between western instruments and folk instruments and yet bringing alive the folk flavour.”

Khan will soon be coming to Mumbai for a show titled Sounds From The Desert powered by ShowCase, which aims at bringing the true soul of Rajasthan to Mumbai, but not without a gentle fusion of western instruments.

While Khan has made a conscious effort to stay as close to his roots as possible, he believes it is also important for an artist to constantly keep reinventing him or herself to stay relevant, “The audience always wants change. By singing the same songs or same style of music over and over again, there is bound to be a saturation point.” He says and throws in a word of advice, “It’s important to slowly but steadily keep reinventing one’s music.”

Khan’s renditions have been accepted with open arms among the international audiences and he enjoys considerable popularity across the globe. The musician has travelled to over 50 countries taking along with him the sonorous sounds from the dunes. “Our Instruments from Rajasthan have always fascinated them,” he says.  Khan reiterates that the audience should always be served what they are looking for. “That is what I have been doing with my shows. Folk songs are becoming popular with the younger generation, which I am very happy about.”

His many hair-raising performances also include collaborations with Karsh Kale, MIDIval Punditz, Amit Trivedi and others. Engaging with these artists across genres has taught Khan a great deal. The language of his music knows no bounds, he elucidates, “All of them are masters of their genre of music and it has been a great experience to work with them. I learned about many music disciplines working with them. While collaborating with international artists, what fascinated me most was the realization that music could meet anyone anywhere. There are no barriers of any sort.”

At the upcoming show, Khan will captivate the audiences with his compelling voice along with a host of other artists that will be accompanying him for a special edition of Kesariya Baalam and songs like Chhoti Si Umar , Kagalia, Kattey and Hitchki.

The upcoming show will also include many Rajasthani folk instruments and will have songs based on the jangra shaili, which is the oldest tradition of Manganiyar music. He says, “There will be a fusion of traditional instruments like nagaras, dholak, morchang, bhapang, khartaal , khamaycha, sarangi, algooza with drums and keyboards to create an amazing experience. We will also showcase the Ghoomar, our traditional dance.”
—The show will take place on January 25 at The Royal Opera House Theatre, Girgaon, Mumbai