US university decodes how Narendra Modi refashioned his political style

The Indian CM used political humour, sarcasm to become broadly appealing to all sections of society. 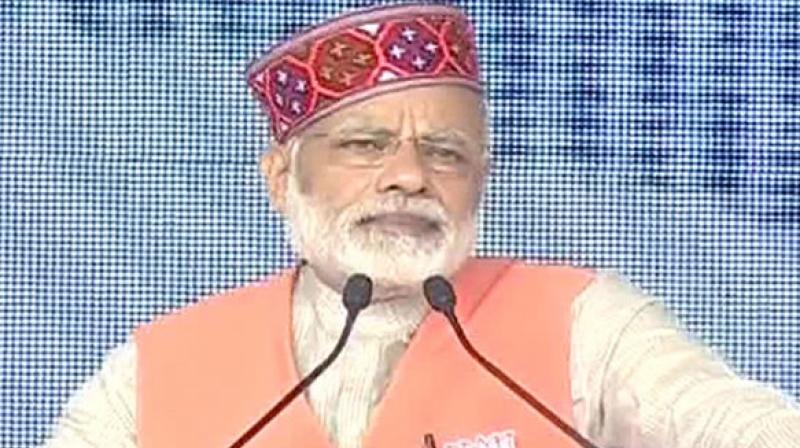 The research carried out by University of Michigan (UM) School of Information study analysed more than 9,000 tweets by Modi over a six-year period. (Photo: ANI/ Twitter)

Washington: Prime Minister Narendra Modi who has over 36 million followers on Twitter, used political humour and sarcasm to become broadly appealing and refashion his political style, according to a study of his tweets by a US university.

Published in the International Journal of Communication, the research carried out by University of Michigan (UM) School of Information study analysed more than 9,000 tweets by Modi over a six-year period.

"We try and explain what makes him popular. Modi's irony provides a form of political spectacle and resonated on social media as shown by high re-tweeting of his sarcastically worded messages," said Joyojeet Pal, UM assistant professor of information and author of the research.

After coding, they found that sarcastic tweets were closely concentrated around elections and campaigning cycles.

In many of Modi's tweets during general elections, he referred to the main opposition party as corrupt and Gandhi, who also has a huge Twitter following, as 'Rahul Baba' or

By using humour and sarcasm, he was signalling that the party was not in touch with its roots and letting his own followers get the inside joke, the researchers said.

According to the researchers, Modi's use of sarcasm builds on a longer tradition of slogan humour during political rallies.

"There are plenty of attacks, rhetoric, cleverly worded jibes and jokes. After the elections, the sarcasm and mention of Gandhi disappears," Pal said.

Instead, the celebrity mentions and tweets about foreign policy increase dramatically, he added. The sarcasm helped separate Hindutva-oriented content, which is traditionally more divisive than the pan-Indian patriotic rhetoric of "India First," through which Modi has gained a more secular standing, the researchers said.