Song of the hills

The idea is to create awareness about why the Aravallis are so important and why they shouldn’t be destroyed. 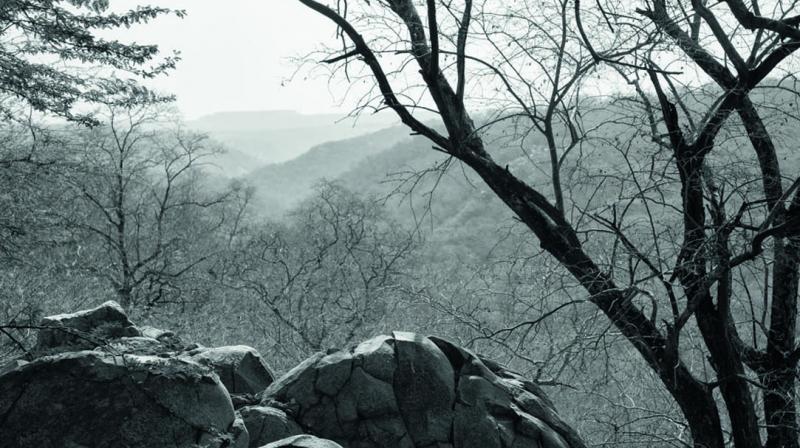 Taking one through the journey of wildlife to the soil of the region, his exhibition reflects pure talent and skill.. (Photo: Aditya Arya)

Curated by Aditya Arya, the exhibition ‘Aravalliscapes’ is a tribute to the resilience of the mighty Aravallis that have withstood the onslaught of nature’s extremities.

A delight to any nature lover, an exhibition of the Aravalli hills with a range of marvellous photographs has come to town. The colourful exuberance and an element of curiosity in the photographs leave the spectator spellbound. “Anthotype, invented by Sir John Herschel in 1842, is a process that uses natural plant pigments derived from flowers, roots and other plant extracts to create images. Extracts from plants such as turmeric and beetroot from my own farm in the Aravallis have been used as base materials in this project. Seeing the image emerge is an ethereal experience” explains Aditya Arya, a reputed photographer who has come up with the exhibition. .

Taking one through the journey of wildlife to the soil of the region, his exhibition reflects pure talent and skill. “Growing in the lap of forests that were neither dark nor deep, but special, we started living in the Delhi University area set amidst the Delhi Ridge, an extension of the Aravallis. One of the oldest mountain ranges in the country, the Aravallis have a range of forest types, the ones in Delhi and Haryana are primarily dry, deciduous and scrub. My growing up years were spent exploring these forests,” he recounts. 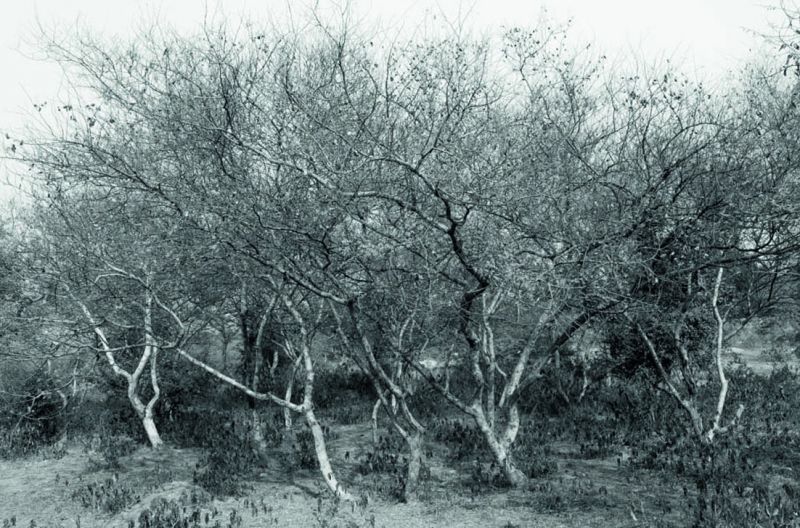 Wildlife photographers Vinod Goel and Bharat Goel have contributed to the exhibition. As wildlife photographers they are avid travellers and have a passion for wildlife photography. Aditya Arya’s journey as a professional, commercial and travel photographer began in 1980, after graduating in History from St Stephen’s College, Delhi University. Known for his advertising photography work in the genres of architecture, interiors, industrial and food, he has been widely published by travel magazines and books.

This initiative has been carried out under the aegis of the India Photo Archive Foundation, to document the landscape over a period of one year. It aims to build awareness of the Aravallis among the citizens by engaging through a photo exhibition, talk shows and walks in the Aravallis. 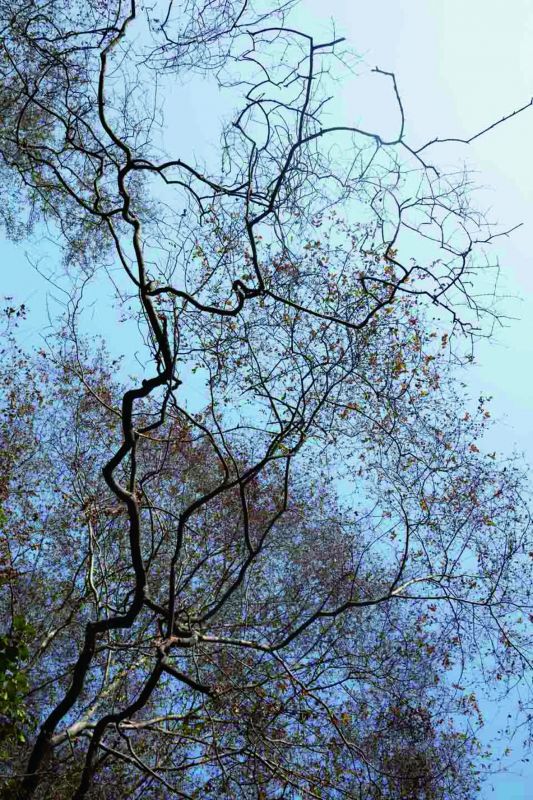 “I have been shooting the Aravallis for many years. The Aravallis are greatly disputed as some people call it forestland or even private land. So I decided to put together a show that showcases the Aravallis. It’s about the people, the origin, the culture, even the soils over there. The idea is to create awareness about why the Aravallis are so important and why they shouldn’t be destroyed,” says Arya.

The exhibition is on till November 20 at India Habitat Centre