Catcher in the Roy

This Kochi-based biz whiz has an insatiable love for cinema, and a library of books that will hearten any book lover. 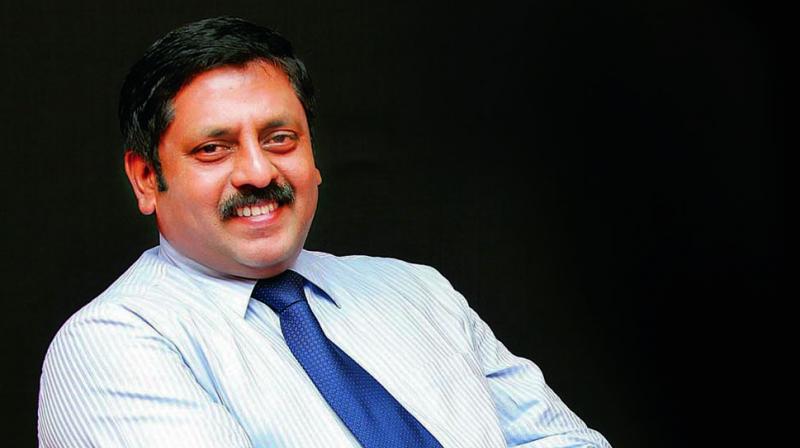 The enterprising biz whiz has been listed by Forbes under the ‘Top Powerful and Influential Leaders in the Middle East 2017.’ Sohan Roy, chairman and CEO of Aries Group has his success mantra down pat which has seen his business grow into a multinational conglomerate with 45 companies spread across 15 countries. But that’s not the reason we are writing about him. A naval architect-turned-filmmaker, Roy has made cinema his life, and with it books as well. A lifetime passion, the connoisseur goes to great lengths to raise the bar and take cinema to greater heights.

An itinerant traveller, this globe-trotter brings back souvenirs, photographs, videos and books from his travel sojourns, and today his personal library boasts an eclectic collection of more than 200 film-based books.

Roy also has an age-old tradition he follows, of donating and gifting friends and acquaintances a book on a film. Another reason his collection is not that big. At his studio in Kochi, the library he built is a storehouse for any book and cinema lover.

“That I have a huge collection of photos and videos is no secret, for I myself post it on Facebook after every tour. My wife accompanies me, and she also has the same fascination,” he says.

So what is his criteria for selecting a book? “Whenever I am in Los Angeles, I spend hours, sometimes even morning to evening, at libraries. I might skip a meal too. The city has got so many libraries. As a film city, with over 90 per cent of its citizens making cinema a livelihood, the city has treasure troves of the best books on films. I learnt about international cinema through these books,” he narrates.

All his trips find him backpacking home lugging five to six of the best books he has handpicked.  “Many books are not available in India. Our country lacks a comprehensive library for film-related books. Things have changed with e-marts though, those who find psychological solace by reading a printed book won’t find any replacement,” he says.