Not fast, only furious

The Delhi Metro has become a talking point among Delhiites again, but for all the wrong reasons. 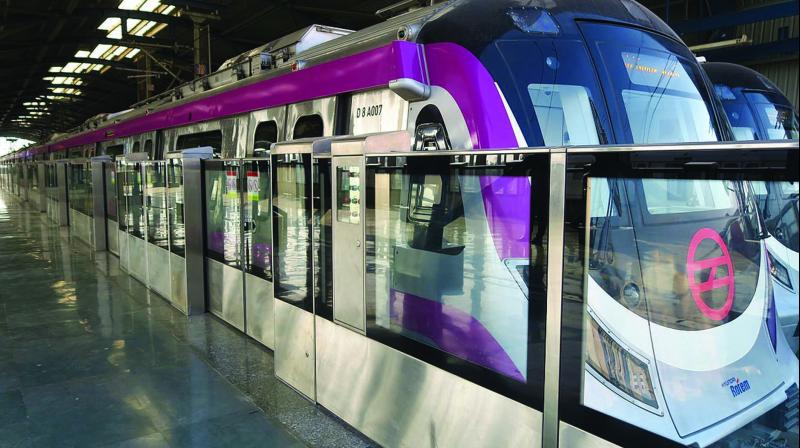 Many people rely on the Delhi Metro Rail Corporation’s very active Twitter handle to receive updates regarding issues like this.

Whenever someone thinks of Delhi nowadays, the image of the extremely efficient and well-connected Delhi Metro comes to their mind. With a vast network of 200 trains covering a cumulative distance of 69,000 kilometres every day and a reputation of being almost always on time, the transport system has become an integral part of everyone’s lives in the city. So, it’s not very surprising to see the topic of Delhi Metro often trending on Twitter. What was surprising, however, was the reason behind the hashtag trending on Tuesday. While people are used to hearing high praises of the rail network, yesterday people were fuming for multiple reasons.

The Metro rail service in Delhi has been facing a lot of delays lately and the daily commuters who usually have to travel long distances are not happy about it. The Yellow Line was the latest victim of the delay as services got delayed for the first half of the day. As the timing of the glitch clashed with the peak work traffic hours, angry commuters took to Twitter to share photos and videos of the heavily crowded metro stations and stranded trains.

Many people rely on the Delhi Metro Rail Corporation’s very active Twitter handle to receive updates regarding issues like this. According to Riya Mitra, a college student, even this source has become “unreliable” lately. “I am a very active Twitter user and the DMRC account helps me usually. But lately even these updates are so delayed that I get to know about these glitches only after reaching the station. It makes everything all the more inconvenient,” feels Mitra.

For corporate worker Karan Bhardwaj, the situation is costing him a fortune. “I have to travel far to reach my office. So, I prefer the Metro but after these delays, I have either the option of reaching office late or taking a cab,” explains Karan.

But, even after the official account of DMRC assured that normal services have been resumed, it wasn’t the case according to many commuters. While some complained that they were still facing unusual delays and had longer-than-usual waiting times for train arrival, others complained that the AC had not been working in the trains, leading to suffocating conditions. “The amount of people travelling every day using these trains is almost startling. But what can you pin this issue down to? Overpopulation is a huge cause,” feels Sathis Kamal, a city resident. Amid these turbulent conditions, the DMRC announced yesterday that the trains on Yellow, Blue and Red Lines would be switched to eight-coachers instead of the regular six-coachers.