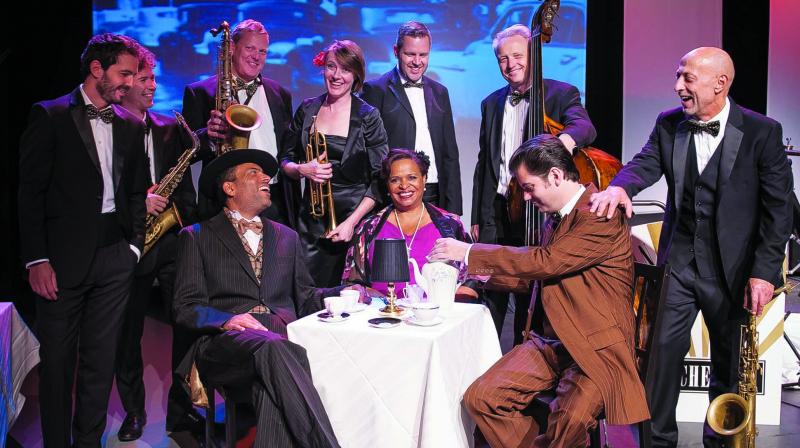 In the ’20s and ’30s in New York, nightlife flourished despite all the rules for musicians and clubs. Jazz music functioned as a combination of artistic expression, an outlet to protest, and a way for a homebody or an escapist to get out.

In the ’20s and ’30s in New York, nightlife flourished despite all the rules for musicians and clubs. Jazz music functioned as a combination of artistic expression, an outlet to protest, and a way for a homebody or an escapist to get out. This phenomenon gave birth to some important musical artistes such as the Midnight Orchestra, previously known as Round Midnight Orchestra.

“It was named after a famous Thelonious Monk composition named ‘Round Midnight’, which describes the flavour and feeling of life of the people in the night and jazz clubs in New York,” says Ben van den Dungen, who was in the city to perform at The NCPA International Jazz Festival recently, and has an old connection with India. The musician spent a few years learning Indian classical music with Dhanashree Pandit Rai.

Known as one of Europe’s hottest bands, comprising well-known musicians in Dutch jazz as well as some new and young talents, the band transports the audience back to the era of jazz, with its endless stories about love, desire, joy and despair. “All the music we play is from that time. It is also played in the same way, with the same feel and the same energy of that time. However, we don’t cover the music, and the arrangements are completely original,” reveals the 58-year-old tenor saxophonist, and adds that the lyrics of the famous tunes in their performance are already communicating with the audience. “The stories we tell in theatre shows are giving an added feeling to the music and makes it complete.”

As Dungen and his band take the stage, one can see complete harmony in their performance, which Ben credits to the band members who have mastered their instruments. “We play often together, so staying in tune is a logical consequence,” says Ben and jokes, “Staying in tune is our least concern, so to speak.”

When asked about a remedy for creative differences between team members, the musician insists that jazz music is a sort of perfect society in which people keep their ego aside. “Musically speaking, the responsibility for the group is the most important thing. Everybody is aware of that and is living up to it,” he says.

Combining musical talents from varied parts of the world, the band assimilates musical influences from various people in the band. According to Ben, everyone in jazz music has the freedom to create music without restriction by following an autonomous process. “The final outcome is much more important than the individual performance. Every instrument or person has a specific role: The rhythm section has to swing, the melody has to be played right, and the solo has to have the blues,” he explains.

Over the years, Ben has played more than 4000 concerts and follows only one rule – appreciate the tradition. With their combination of traditional music and some contemporary tunes, Ben’s band is inspired by the long existence of jazz music, its great composers and its legacy. “There is all the inspiration you need if you appreciate the tradition. The only thing you have to do is respect it, love it, play it, and be grateful that all those people were around,” says the musician in conclusion.