Valiant Premier League, which is a 20 overs league, entered its fourth season this year. 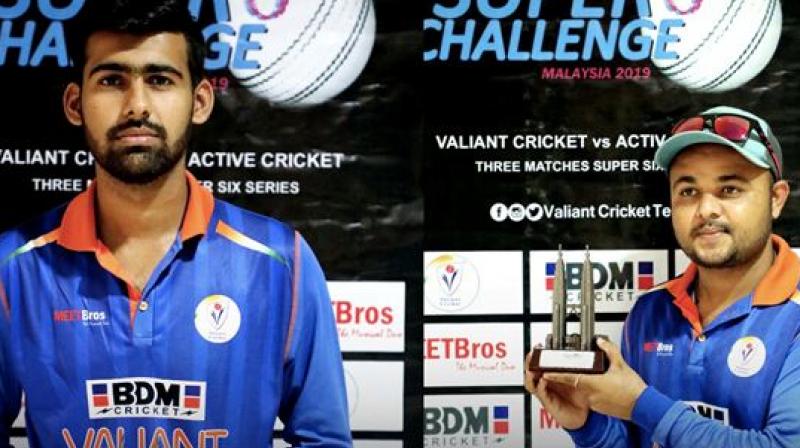 Played at Daman this year, Mumbai Horses emerged as the champions. Led by captain Vipul Narigara, the Horses were a dominant force right through the competition and walked away with the trophy at the conclusion.

One of the most popular leagues in Gujarat, VPL sees the participation of five teams – Mumbai Horses, Bhopal Titans, Rajpipla Kings, Ahmedabad Fighters and Surat Warriors. Each team plays one other, there are four matches and the top two teams clash in the finals.

Owned by famous Bollywood singers, the Meet Bros, Mumbai Horses met Rajpipla Kings, a team owned by another Bollywood celebrity Rahul Roy in the finals. Jatinder Singh stole the show in the finals as the vice-captain led the charge to hand the Horses the title this season.

Both Richi Shukla and Vipul Nariaga stole the show in the league as the skippers of Titans and Horses respectively were consistent and prolific performers for their respective sides. The tournament was a bumper success and once again lived up to its reputation of being one of the most famous leagues in Gujarat.

With known celebrities associating themselves with the league this year, the interest further peaked and the quality of cricket improved significantly.

The players were very skilled and the matches played were intensely competitive which bodes extremely well for the future seasons. Mumbai Horses can rest on their laurels for the time being as they did look the most complete team for the entire season.