India and Pakistan got their freedom separately 73 years ago but had faced the struggle for Independence together. 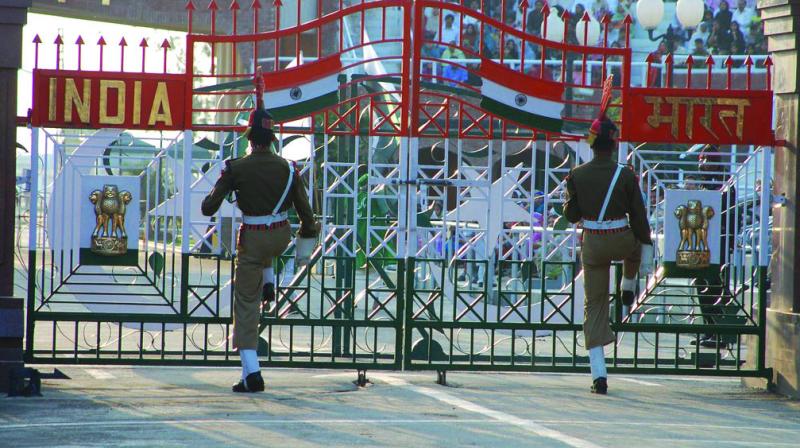 The past few years have seen many conflicts between the two neighboring countries.

Pakistan calls August 15 ‘Black Day’ and gets a fitting reply from retired Indian Army officer. Since then, #AbbuKoWishNahiKaroge is doing rounds on Twitter.

Pakistani Prime Minister Imran Khan recently changed his Twitter account profile picture into black. It was accompanied by a caption which reads, “Will the world silently witness another Srebrenica-type massacre & ethnic cleansing of Muslims in IOK? I want to warn the international community if it allows this to happen, it will have severe repercussions & reactions in the Muslim world setting off radicalization & cycles of violence”.

Seeing his  tweet, Indian Army’s retired Major, Gaurav Arya, tweeted asking whether he would wish the “daddy” (referring to India) with the hashtag ‘AbbuKoWishNahiKaroge’. His also tweet read, “Pakistan has declared 15 August 2019 a Black Day. Since 1992 Pakistanis have been enjoying an annual holiday on 5 Feb under the garb of Kashmir Solidarity Day. What did Pakistan achieve? Zero. What does it hope to achieve? Zero. India ke naam par ek aur chhutti lo. Mazze karo.” Soon the hashtag was seen trending on Twitter. Indians started tweeting and trolling Pakistan’s attempt by saying how India has always been a good father to Pakistan and its not okay to call someone else Independence day as a ‘Black day’.

India and Pakistan got their freedom separately 73 years ago but had faced the struggle for Independence together, as one Nation. The past few years have seen many conflicts between the two neighboring countries. One of the main topics of the feud has always been Kashmir. But after the historic decision of the abrogation of Article 370, Pakistan had declared a ‘Black Day’ on 15 August, India’s Independence Day, to stand “in solidarity” with Kashmiris. This decision was made at the National security committee meeting.

Starts in 150 minutes.” The tweet was retweeted around 11.8K times. However, the idea of ‘Black Day’ failed miserably and many people trolled them over the Internet.